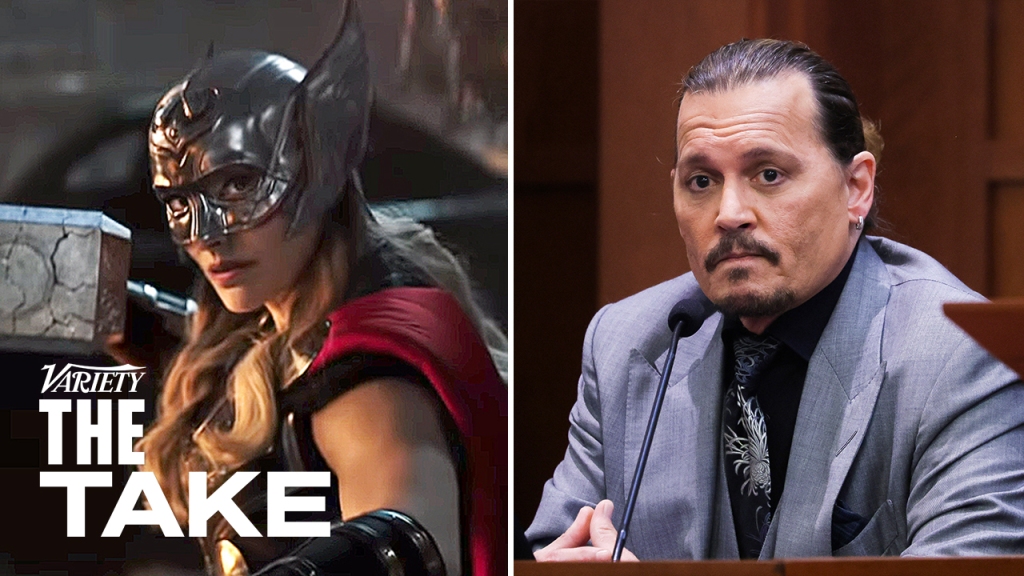 It was a whirlwind week in Hollywood litigation. The Johnny Depp-Amber Heard trial is underway and has brought speculation about what is next for the actors once the case closes. Will either of them be able to work for a major studio, given the controversy that surrounds the case?

The first teaser trailer for “Thor: Love and Thunder” dropped, showing our beloved hero, played by Chris Hemsworth, growing his hair back, getting into shape and giving his hammer to ex-beau Jane Foster, played by Natalie Portman. The excitement is palpable in the industry as Marvel Cinematic Universe Phase 4 plans continue to unfold and have audiences asking, who is the next big, bad villain?

This also comes on the heels of a possible overhaul of DC Entertainment at the new Warner Bros. Discovery following the merger.

Netflix shared during its earnings report that it lost 200,000 subscribers in the first quarter of this year. Further, they are projecting to lose another 2 million in the current second quarter. This caused their stock to drop 35% while the streaming giant also talked about introducing a lower ad-tier option to roll out in the next two years. What’s next for them?

Another trial is underway, this one between the Kardashians and Blac Chyna, Rob Kardashian’s ex-fiancee. Chyna filed a defamation lawsuit against the famous family worth $100 million. Matriarch Kris Jenner took the stand in another example of Hollywood airing its dirty laundry.

Hosted by Variety chief correspondent Elizabeth Wagmeister and senior awards editor Clayton Davis, Variety‘s “The Take,” presented by Apple TV Plus, is a weekly series that navigates the week’s top stories from entertainment, pop culture and media, while providing expert analysis and exclusive insight on what’s buzzing in Hollywood. Filmed in Variety‘s state-of-the-art studio in Los Angeles, new episodes are released on Fridays on Variety.com, YouTube and social media.