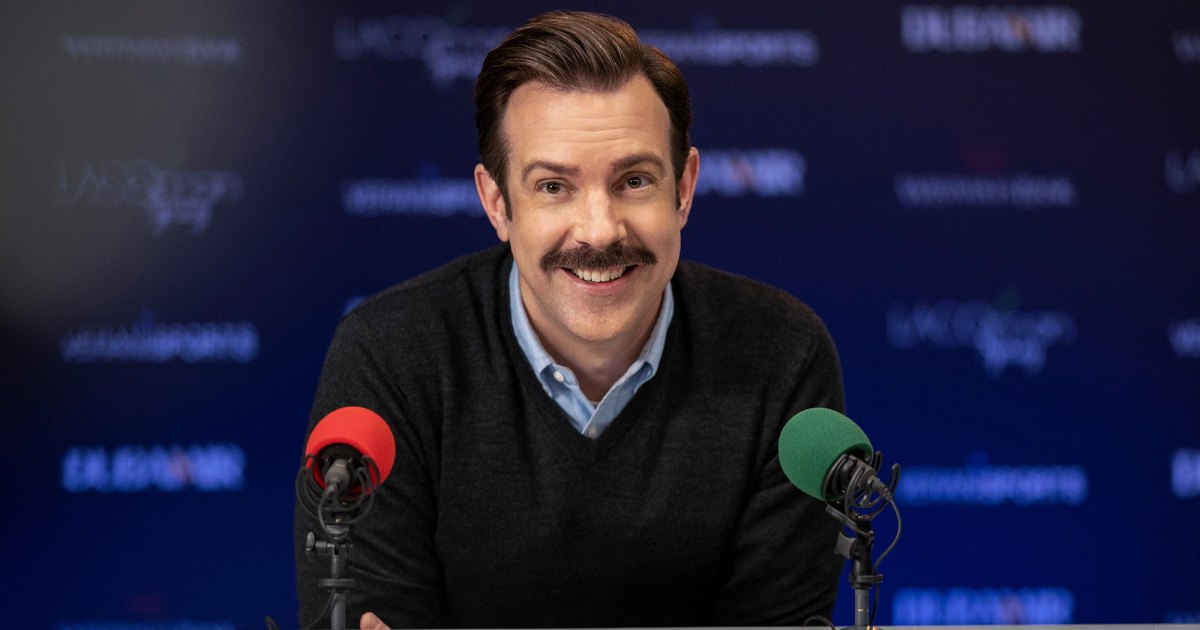 Football is life — and so is the wardrobe on Ted Lasso. Ahead of season 3 of the beloved Apple TV+ show, costume designer Jacky Levy is breaking down the main ensemble’s costumes and is revealing creator Jason Sudeikis‘ one simple request for the series.

“There is a lot of collaboration. Jason likes actors to feel comfortable in their clothes. I don’t mean comfortable like sitting in front of the TV comfortable, but he likes them to feel right as their character in their clothes,” Levy exclusively tells Us Weekly. “Although I always ask him about a new character, he’s very happy to leave it to me and the actor — especially the regulars. Now, he kind of seems to trust me with what we come up with.”

She continued: “I think his only thing was [to] let the footballers choose a real footballer that inspires them, or they have some kind of connection to. That was really all he said, and he really left it to me and the actor to sort of come up with looks for them. But we try what we try. What I’ve tried to do is make them all an individual so they’ve all got their own character. That’s fun within itself because each one’s different. I get to choose really different clothes for all of them.”

Levy arrived slightly late to the comedy, taking over in the role after filming had already begun. Her first task: “Quickly redesign all the characters’ clothes.”

Ted Lasso has earned multiple accolades since its 2020 debut, winning best comedy series at the Golden Globes earlier this year. Sudeikis also won the Best Television Actor in a Musical or a Comedy category for his performance as the lovable AFC Richmond coach. The Saturday Night Live alum and costar Brett Goldstein were also recognized at the 2021 Emmys, with Goldstein winning for Outstanding Supporting Actor In A Comedy Series for his portrayal of grouchy football star Roy Kent.

‘Ted Lasso’ Season 3: Everything to Know

“That whole episode was great fun. Everybody had a new outfit for that. It was just great. It was great fun to do Rebecca [Waddingham] because she looked very different in that from what we’d seen before. She wanted to look casual, but sort of slightly cooler, slightly more relaxed at the same time. So I managed to find that jacket with the green and black, which kind of just seemed to suit Christmas colors. The jacket had to be all tailored into her shape to make it look really good,” she explained. “I had found loads and loads of stuff and then let the actors sort of find the one that they could work with the best and have fun with. That was a really cool episode to do.”

Working on the popular series has also kept her on her toes behind the scenes.

“We get the scripts quite late. You can plan to a certain extent … you know that Rebecca’s gonna be in the office a lot and the guys are gonna be in the locker rooms changing a lot. And so I try and have a little wardrobe together for each of them, but then there’s always new story lines that come up that you are not covered for,” she told Us. “And there’s new characters that come in, but quite often you don’t get them till a couple of days before you’re about to film. So it can be very, very last-minute. You have to be able to put things together very quickly. You kind of get used to that.”

Which TV Shows Are Renewed and Canceled in 2022

She had to get used to the fandom that came along with the show’s popularity too. “The cast are all absolutely lovely. Really, really lovely. All of them. It’s so nice working with each and every one of them. I have done costume designing for a very long time now, but I don’t think I’ve ever had so much interest in the clothes as I get on this, the emails I get, the social media stuff,” she said. “I mean so much attention and such lovely people send me emails about how much they love the show and the clothes. So that’s really rewarding, that people are out there noticing.”

Scroll through to read Levy’s breakdown of the main cast: