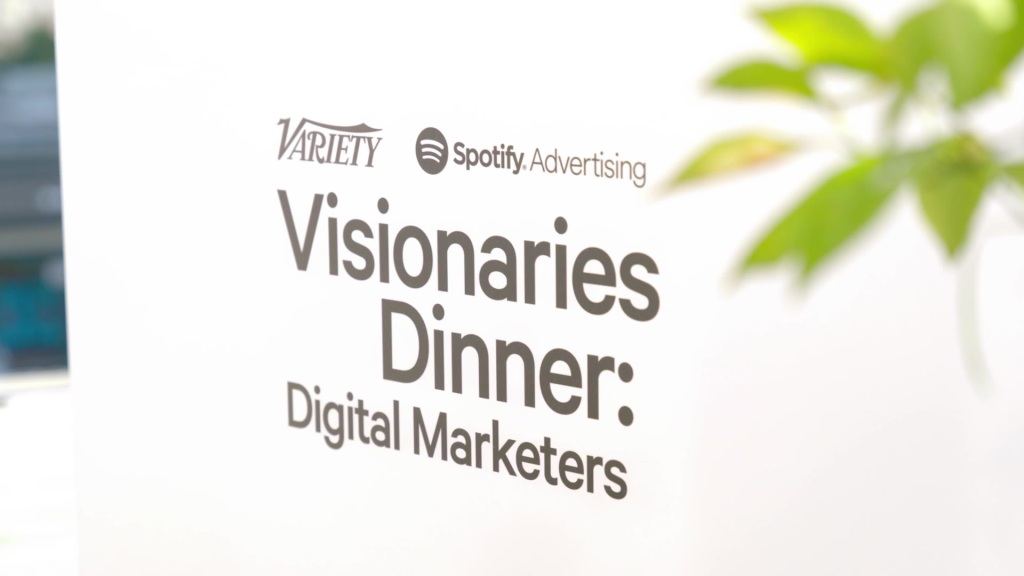 “Music is really important in marketing all the way around,” Candelaria told Variety. “You can reach different genres, and niches of audiences that might look at a film differently.”

In addition to discussing the marketing power of music, the executives on the red carpet also discussed the ability podcasts have to engage with fans of works and develop marketing connections. Sandoval pointed to fandom podcasts for the Marvel Cinematic Universe films as a prime example of how podcasts can engage with fans at a deeper level.

“The MCU is so many different films, and how everything connects, everyone just wants to talk about that. Podcasts allow that opportunity, to have that deeper broader discussion and really dive into the nuance of the film and the storytelling.” Sandoval said on the red carpet. “Podcasts that have that platform, to dive a bit deeper, to bring them in to the fold, to bring them into the fold, to have them attend things like the premiere, to have that discussion, it’s just a platform that’s opened it up in a big way.”

Watch the full video above.