HomeEntertaintmentThis Is Us’ Original Pilot Script Was Changed for Broadcast TV

This Is Us’ Original Pilot Script Was Changed for Broadcast TV 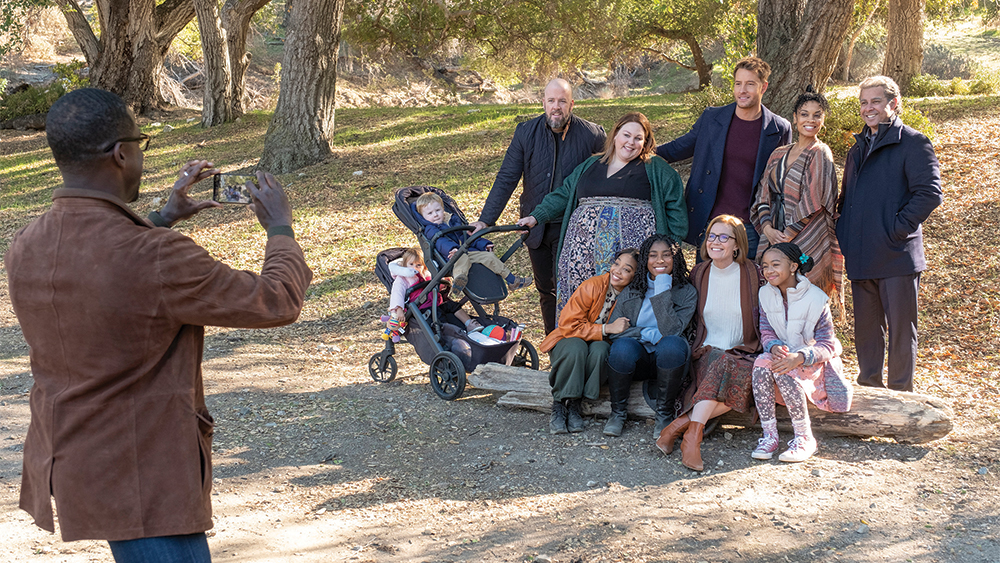 When Sterling K. Brown won lead actor in a drama series for play- ing Randall Pearson on the first season of NBC’s “This Is Us” at the 2017 Emmys, it marked his second win and the show’s first. Though Brown’s impassioned acceptance speech was cut off by Fox in a now infamous attempt to move along the awards show, Brown’s spirits remained high and for a few more minutes, “This Is Us” remained a contender for best drama.

“Oprah announced the big award. And there was some talk that we had a shot at it,” creator Dan Fogelman tells Variety. “She kind of opened the envelope and squealed a little bit — and we knew that she liked our show — and she said, ‘The Emmy goes to…’ And she said the ‘Th,’ and it was ‘The Handmaid’s Tale.’ I always joked that during the time that the ‘Th’ came out of Oprah’s mouth, I think my heart actually stopped, and I felt like I was going to throw up.”

Fogelman had not been to the Emmys before that night, but the unexpected acclaim for “This Is Us” would see him and his team return multiple times for the show’s to-date 38 nominations and four wins. “Sterling winning at the beginning, those times were so overwhelming and a source of pride for everybody — the entire cast, the entire crew,” Fogelman says. “But anybody who said they saw it all coming would be completely lying.”

Now, it’s all coming to an end. “This Is Us” aired its series finale May 24, making this fall’s Emmys the final year in which the broad- cast drama is eligible. But whether or not it takes home more noms, or potentially its first and only best drama win, is largely going to be up to the TV Academy’s reaction to how the show concluded its Pearson family saga.

“Having seen many of them and been involved with some, I can say this will stand with those,” she adds. “I think he really delivered and honored this family. And it felt deeply consistent with everything he had set up from the beginning.”

Six seasons of tearjerking has given “This Is Us” a bad rap among circles that see it as an overly dramatic series that exists simply to make you cry. But that’s a critical chord that doesn’t sit right with Brown.

“There’s this idea sometimes that, ‘Is it too sentimental? It is being manipulative, or what have you?’” Brown says. “And to that, I say, our show is an opportunity to lighten your load. It invites people who may be going through very real things, whether it’s personal ailment, family, divorce. Whatever the situation is, you’ll see, ‘Oh, these people are going through it, too. I’m not weird or strange or bad or flawed, just human. And I get a chance to feel that, release it and hopefully, walk through life a little bit lighter.’ So, I hope those folks who are overly critical recognize there’s actually a point to it, that it resonates with people for a reason and it’s not something that’s manipulative for the sake of manipulation.”

Pearson family members Brown, Mandy Moore, Milo Ventimiglia and Chrissy Metz have all received Emmy noms during the show’s first five seasons, as have several supporting actors and guest stars, but Justin Hartley has repeatedly been snubbed — as have the “This Is Us” writers.

“It’s shocking to me the writing hasn’t been acknowledged,”says Lisa Katz, NBCUniversal’s head of scripted content. “Part of it is that they make it look easy. And when you think about the fact that they’ve told this very complicated story over multiple timelines and 18 episodes a year for six seasons, it’s mind-blowing to me that it hasn’t been acknowledged. The only thing I can think of is that people take for granted how hard it is to have a show [whose] stories are so poignant, the way they tie the themes together and how the past informs the present and how every decision is so thoughtful and deliberate. I just think it’s storytelling at the highest level and it’s honestly baffling to me.”
But the ebb and flow of accolades hasn’t stopped the “This Is Us” team from making this for them — the fans.

“We’re like the little network show that could and did, and continues to really, truly, deeply affect people,” Metz says. “And that really is the gift and the reward and the accolade. We’re making a piece of art that’s going to change the course of someone’s life.”

As the star who has played a 16-year-old girl, an 80-some- thing woman on her death bed and everything in between, Moore has likely the most unique example among the cast of how much “This Is Us” has changed their lives.

“I remember reading the script thinking, ‘No, I can’t possibly put my heart on the line again for a show and it doesn’t move forward,’” says Moore. “But once I understood the breadth of what this show could potentially be, I was like, ‘OK, I will throw my name in the ring and whatever I need to do to be a part of this project, I will do’ — obviously not understand- ing what the story was really going to be laying out on the line. In the pilot, my character is just a small cog in the wheel, and this very pivotal, monumental, life-changing thing happens for the life of this family and obviously the life of this couple and this woman. But I obviously had no idea that we would be here today.”

The use of the F-bomb is one of only a handful of things that Fogelman had to give up to make “This Is Us” broadcast-friendly, along with nudity and violence — a sacrifice he was more than willing to make.

“There were seven fucks, I think, in the pilot for ‘This Is Us,’ which were not crucial to that pilot,” he says. “So, I took them out because I felt it could live successfully on network television and play to a mass audience, but also, hope- fully, be high quality. There’s no reason something can’t be as wonderful on network TV.

“I am a believer in the medium and the sheer amount of people it can reach. And this show has taught me a network television audience will go with you if you do something artfully. I think they can be underestimated and the storytelling and the structure of ‘This Is Us’ asks people to watch with intent. I think that the audience is ready for stuff like that. The medium needs to continue to evolve. But I do believe, strongly, that in a couple of years, you will be asking the question to the next guy or gal, ‘How does it feel to be the first broadcast thing that’s been getting a lot of awards attention since ‘This Is Us’? Because I think there’s more of them out there.”

Downton Abbey: A New Era's Creator Addresses Some Fans Thinking Maggie Smith's Dowager Countess Should Have Died On The Show