‘The Take’: Biggest Stories of 2022 So Far – Will Smith, Marvel Movies 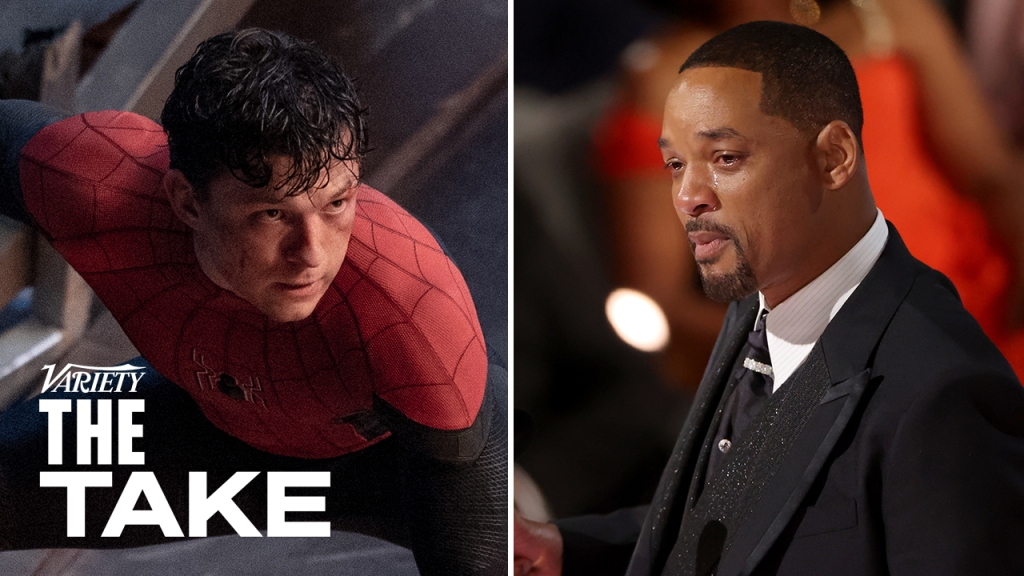 In a special edition of “The Take,” we’re looking at the buzziest stories from the first half of 2022 that had everyone talking.

The biggest story of the year, perhaps even in the entire existence of the Academy Awards, was Will Smith slapping Chris Rock at the 94th Oscars, nearly an hour before he won best actor for his performance in the sports drama “King Richard.” So has his career ended, or is there time for the once-respected and revered actor to make a comeback in Hollywood?

Movie theaters and tentpole franchises for studios made a comeback, with the industry opening back up for consumers. Some of the highest-grossing films of this year included the fifth installment of the “Scream” franchise, along with superhero films such as “Doctor Strange in the Multiverse of Madness” with Benedict Cumberbatch and “The Batman” with Robert Pattinson. Even Tom Holland boasted two moneymakers with “Spider-Man: No Way Home” and “Uncharted.” Of course, there’s also lots to look forward to, like “Avatar: The Way of Water,” the anticipated sequel from James Cameron. This year, some heartbreaking moments include the deaths of comedy icons Bob Saget and Gilbert Gottfried, television legend Betty White, trailblazing Oscar winner Sidney Poitier, and musical master Taylor Hawkins. In addition, Bruce Willis announced his retirement from acting due to health problems. It marked a loss for the film world as a talent that delivered in classics such as “Die Hard,” “Death Becomes Her” and “The Sixth Sense.”

Finally, the streaming wars are still fully in effect, with wins and losses on all sides. Netflix announced the loss of 200,000 subscribers, with more expected to come. Warner Bros. and Discovery merged, resulting in some high-profile firings. Apple acquired Skydance Animation while Amazon took MGM Studios under its wing.

Everything Know About the Movie