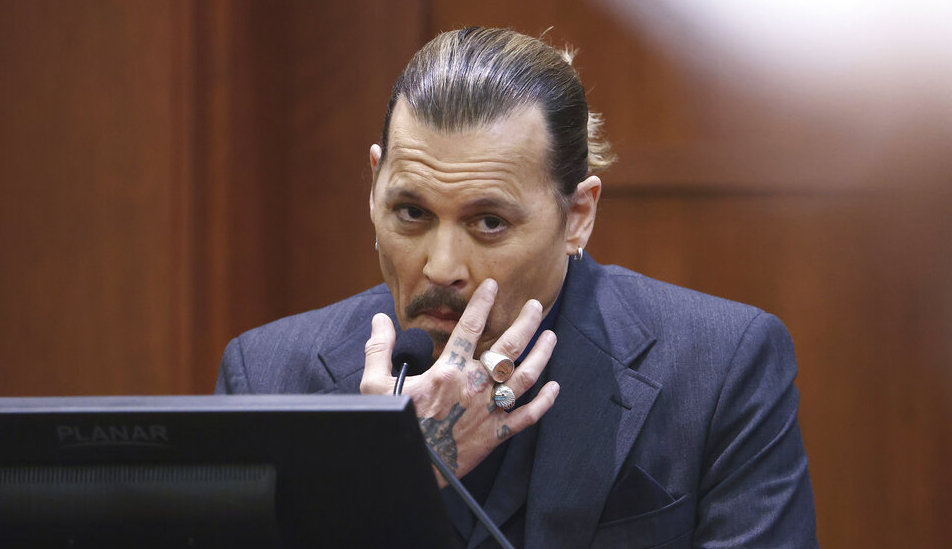 Johnny Depp’s own threatening words about Amber Heard and his substance-abuse issues came back to haunt the actor today in the $50 million defamation trial.

As the one-time couple and Rum Diary co-stars battle over domestic-abuse claims by Heard against Depp, the defense team put the spotlight on a series of incendiary, profanity-filled texts from the former Pirates of the Caribbean star to fellow thespian and late-night pal Paul Bettany.

Public for years and brought up in various legal actions, the damning 2013 and 2014 exchanges between Depp and WandaVision star Bettany detail the former’s desire to “burning,” “drowning” and having sex with the “burnt corpse” of Heard.

Much more subdued than in the highly charged closing minutes of Wednesday’s testimony, a black-suited Depp was asked at length about his abusive childhood and his aspirations to meet the standards of a “Southern gentleman,” as defense attorney Ben Rottenborn termed it. Still, Depp’s frustration with the lawyer’s probing was evident. “I don’t feel like I am wasting anyone’s time, sir,” the actor piped up on one occasion as Rottenborn tried to cut short a long-winded reply.

Evoking the name of the Avengers alum, Rottenborn listed off the substances that Depp and Bettany were said to have ingested in their times together, including cocaine, Xanax and Adderall, as well as booze. The defense lawyer also used the line of questioning as a way to slip in a reference to Depp’s unsuccessful 2020 UK libel trial against The Sun tabloid for calling the actor a “wife-beater” in print. That British matter is only allowed to be introduced to the jury in very specific context.

Laying a very obvious foundation to counter Depp and his team’s assertion of the actor’s behavior during the relationship with Heard, Rottenborn also read out a May 30, 2014 text to Bettany that seemed to give credence to Heard’s accusations of abuse and her ex-husband’s consumption levels. “Drank all night before I picked Amber up to fly to LA this past Sunday. Ugly mate. No food for days. Powders. Half a bottle of whisky,” Depp wrote. “An angry aggro injun in a fucking blackout, screaming obscenities and insulting any f*ck who got near,” the actor continued.

“She didn’t like it when it was her perception that I was high on drugs and alcohol,” a contrite and sometimes sunglasses wearing Depp said when asked of Heard’s feelings about his intake and the effect it had on him.

Over two years after the couple divorced amidst restraining orders and a $7 million settlement from the actor, Depp sued Heard in March 2019 in Virginia over a late 2018 Washington Post op-ed she penned on domestic abuse. While the op-ed never mentioned Depp by name, as Rottenborn made a repeated point of in his initial cross examination on Wednesday, the actor proclaimed that the article cost the one-time blockbuster cost actor big bucks roles, a return to the Pirates franchise and “devastated” his career. “Ms. Heard is not a victim of domestic abuse, she is a perpetrator,” Depp’s spring 2019 suit also stated.

After failing to both get the matter moved to California and dismissed, the Aquaman star countersued her litigious ex-husband for $100 million in September 2020.

Which, after a series of postponements, brought all to the Fairfax County Courthouse and seven-person jury – where Bettany is set to be called as a witness at some point.

In another set of texts read out in court to Patti Smith during the making of 2015’s Black Mass, Depp spoke of “getting shitty” to Heard. A 2014 text to Heard herself saw Depp apologizing for a clearly bad encounter between the couple: “I’m a fucking savage, gotta to lose that …the Devil is all around.”

A 2015 text to a staffer who had complimented Depp on how good he thought the actor and Heard could be together saw the Edward Scissorhands stars respond with “all I had to do was send the monster away and lock him up.” In another 2015 correspondence to Dr. David Kipper, who testified via pre-recorded video earlier in the much delayed trial, Depp bragged about what a great “three months” he and Heard had after he “locked my monster child away.”

But clearly the self-described “monster,” who was mentioned in other texts to other acquaintances, was never that far away for Depp and Heard. 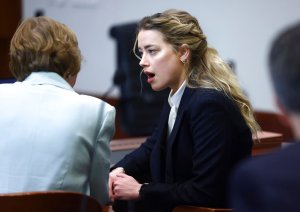 “I’ll smack the ugly c*nt around before I let her in,” another 2014 text from Depp to a friend read. In a further 2015 text to his older sister, Depp referred to his then wife as “that filthy whore” Having warned the packed courtroom that there would be some very strong language used, Rottenborn’s cross examination continued as Heard herself sat mere feet away from Depp and the various lawyers.

Bristling under the glare of the questioning and exhibits, many of which his own attorneys sought redactions on, Depp’s best counter was to exclaim “I have a particular way of using words, vocabulary in my vernacular.”

That remark didn’t seem to impress the jury and other onlookers, many of whom are self-declared Depp fans. However, Depp did get a laugh out of some in the courtroom at a later point when he responded “Isn’t Happy Hour anytime?” to a query about his drinking habits.

A 2012 text to Depp’s buddy Marilyn Manson on the “plants and the pills” made for more fodder of the actor’s issues with drugs. “They have always been a medicine for me, a numbing agent,” Depp reiterated on Thursday of his use of various substances. While the Hollywood Vampire guitarist has insisted that he never used drugs to “party,” the depiction in court today, along with s series of photographs of Depp with drugs in his vicinity offered a very different POV.

The trial will go dark tomorrow, as Judge Penny Azcarate has scheduled the five-week long proceedings to run Monday to Thursday. The whole shebang will pause from May 9-12 as the judge has a previously scheduled conference engagement. 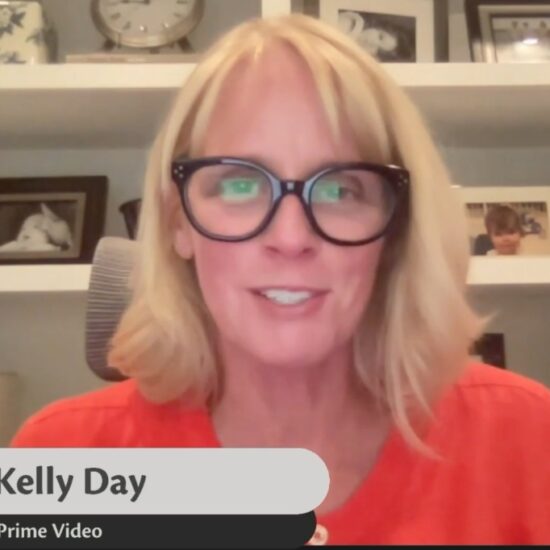