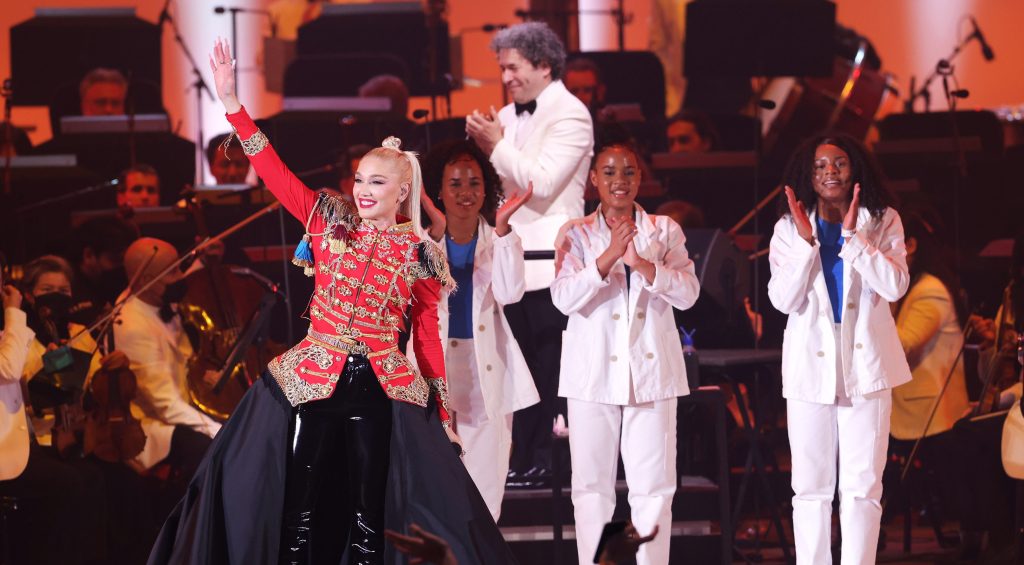 Not since Kanye and Drake played the Coliseum together six months ago has there been a coming together of forces quite so opposite on a stage in Los Angeles, or maybe anywhere. We’re speaking, of course, of the combined performance by the UCLA and USC marching bands (mentioned here in alphabetical order — no favoritism) that climaxed the official opening of the Hollywood Bowl’s summer season Friday night.

It takes a lot to overshadow Gwen Stefani, the LA Phil, Gwen Stefani with the LA Phil, a pair of world-class ballet dancers, Branford Marsalis performing the film music of John Williams, and Williams making a surprise appearance to conduct his own world-premiere piece. But the combined army of the USC and UCLA bands nearly managed to do it with what was billed as a historic, first-time-ever collab, performed in the service of stretching Stefani’s “Hollaback Girl” out to nearly 10 minutes as fireworks went off over the bandshell.

This “Tusk squared” climax was the cherry on top of an evening dedicated to celebrating the 100th anniversary of the Bowl. (It’s actually the 101st, but 2021 was still a little too pandemic-y to throw a proper party.) It actually was a night fit for a centenarian, with a June-gloom marine layer putting the lie to the venue’s eternal promise of nights “under the stars” but more than enough star power on stage in a well-thought-out, something-for-every-Bowl-er lineup.

The proceedings started off with “Centennial Overture” and the unannounced cameo by Williams, or, as he is regarded among many longtime Bowl season ticketholders, God. “Our dear friend John Williams — maybe you know him — has written an overture especially for our celebration,” Dudamel. “John first performed here 40 years ago in 1978. Back then, he wasn’t conducting his own music, but we convinced him to do it. In fact, it doesn’t make much sense if I conduct the overture. John, are you here? Please welcome, the greatest…” The just-under-six-minute piece that followed under Williams’ baton almost could have been written in support of a millennium instead a centennial — the Millennium Falcon, that is.

Williams’ music also made for another highlight of the evening’s first half, as the composer’s perhaps under-heralded facility for jazz styles came to the fore in a 13-minute excerpt from his “Catch Me If You Can” score, with saxophone great Marsalis as the principal instrumentalist throughout the piece and prominent turns from principal LA Phil percussionist Matthew Howard on vibraphone and frequent Marsalis collaborator Eric Revis on double bass.

Two more traditional classical pieces preceded the intermission, with Roberto Bolle (the American Ballet Theatre’s principal dancer from 2009-19) and Tiler Peck (a principal dancer with the New York City Ballet, also since 2009) poetically executed eight minutes of sublime George Balanchine ballet choreography, as the Philharmonic played excerpts from Stravinsky’s “Apollo.” Another young performer was spotlighted in front of the august orchestra as the first act ended with Spanish violinist María Dueñas stirring up the wine-soaked audience with Ravel’s “Tzigane.”

The second act immediately took a turn for the contemporary with DJ Novena Carmel, currently of KCRW “Morning Becomes Eclectic” fame, being joined by sisterly dance trio Let It Happen to get down with James Brown and other beats. Let It Happen would return at the end of the night, doing a good deal more choreography during “Hollaback Girl” while the pyrotechnics went off and Stefani exited for a costume change, to slip into something more martial.

Before she emerged for the final time in royal red, Stefani hit the stage for her seven-song set in a hyperbolically frilly pink dress that opened up in the front to reveal matching tights — something closer to what she might wear to the Met than anything belying her O.C. roots. Speaking of which, Stefani had some congratulations to offer some Gwen-a-likes in the crowd. “I can see people that are wearing my outfits (from) the Met Ball, which is incredible. I know that took a lot of time to make that dress. You guys look amazing.”

Many past opening nights at the Bowl have had rock bands performing in front of the Phil, or the Hollywood Bowl Orchestra, like Steely Dan, the Moody Blues and Journey; other solo performers to join up with the orchestras for a first-night extravaganza have included John Legend and Diana Ross. It might have seemed like a good bet that Stefani would bring her band along, and maybe even her dancers; they’re obviously in practice, as Stefani just did a co-headlining set at Crypto-dot-com Arena in January as part of the Super Bowl Festival, where she again proved herself one of the superior show-women of modern pop. But for Friday’s extravaganza, aside from three backup singers, she had her musicians stay home and relied solely on the backing of the Phil, with arrangements by Derek Hodge. This inevitably raised the question of just how suited her pop hits are for pure orchestration.

As her (or No Doubt’s) foremost ballad, “Don’t Speak” was the most obvious choice for an “evening at the pops” symphonic treatment, so there was little surprise in hearing that come up as the opening number. “The Sweet Escape” wasn’t such an obvious candidate for Dudamel-ization, and it didn’t end up being something you’d say gains something from replacing bass and drums with oboes. With “Spiderwebs,” the adaptation made some sense: it’s not such a complete leap, after all, from the horns on a record produced when No Doubt was easing out of its ska phase to the 76 (or so) trombones the LA Phil has to offer. Two more string-sweetened ballads followed — “Used to Love You,” followed by newish husband Blake Shelton coming out to reenact his duet part on “Nobody But You,” offering the evening its schmaltz quotient.

It was with “Just a Girl,” maybe surprisingly, that form met function and one of her signature songs really took on its own life without a rock band driving it — its well-recognized riff sounding like something out of a Danny Elfman score in the Philharmonic’s hands. Stefani described it as a song “that I wrote back in Anaheim at Patty and Dennis’ house” – those would be her parents — “and I wrote this song very naively. I didn’t even know that I could write a song, and I just wrote it because it was from my heart. And then all these years go by later, and I feel like this song is actually more relevant now than it’s ever been. You tell me.” In a twist, Stefani, catwalking the platform around the Pool section, exhorted the men in the crowd to sing the chorus while the women were to remain quiet. Man, they felt like a woman.

There was some comedy, both intended and unintended, when Stefani talked about how bad she is with names — all names, she swore — and said Shelton had coached her on how to remember Dudamel’s name by having her sing it to the tune of “Annie’s” “Tomorrow” as a pneumonic device. “Gus-tavo, Gus-tavo, I love you, Gus-tavo,” she sang, “you’re always a douche-a-mel. Dud-a-mel,” she quickly added, correcting herself. “Yes! It worked!” Well, it’s the enthusiasm that counts. It didn’t look like the maestro minded the mangling; at least, he appeared to be gently chuckling when the singer would razz him with irreverent asides like, “What should we do next?… Let’s do another one! Let’s do it!”

And there was plenty of that left to expend for the bananas finale, which had the saints from opposing schools go marching into the aisles and onto the stage, playing in unison with multiple collegiate conductors, but offering a study in contrast between the very different dance styles of the two universities’ cheerleaders. (For the record: USC’s were more traditional, and UCLA went for something a little bit more out of a saucy music video.)

Also joining in for the climax were members of the Youth Orchestra of Los Angeles (YOLA), students who get free music schooling as a result of the Philharmonic organizations’ largess, or its patrons’. As a benefit, the Bowl’s opening night will help fund some viola-back girls to realize their dreams, where someday maybe they, too, can play Stravinsky and Stefani in a single night. 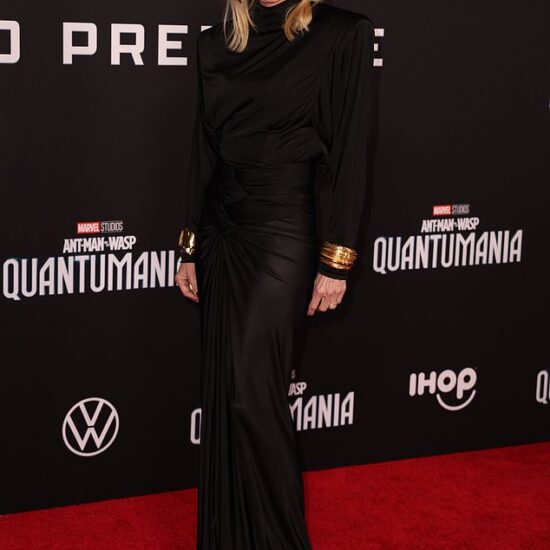 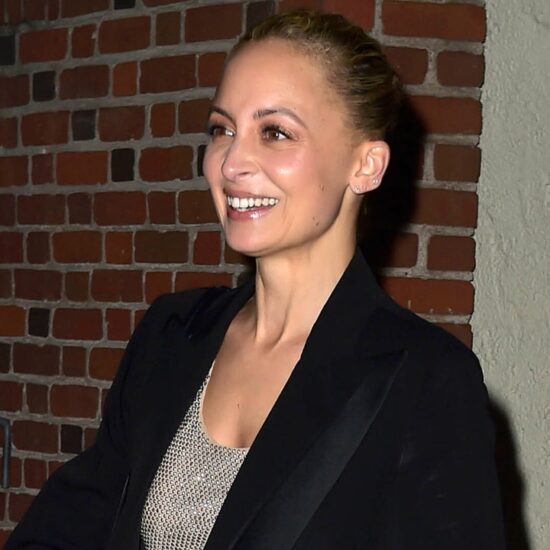 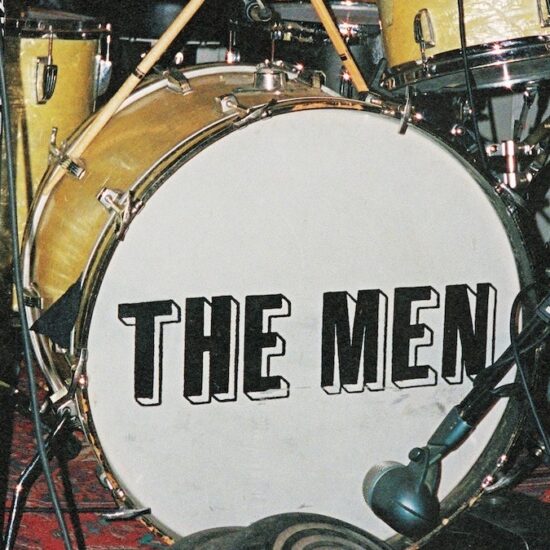 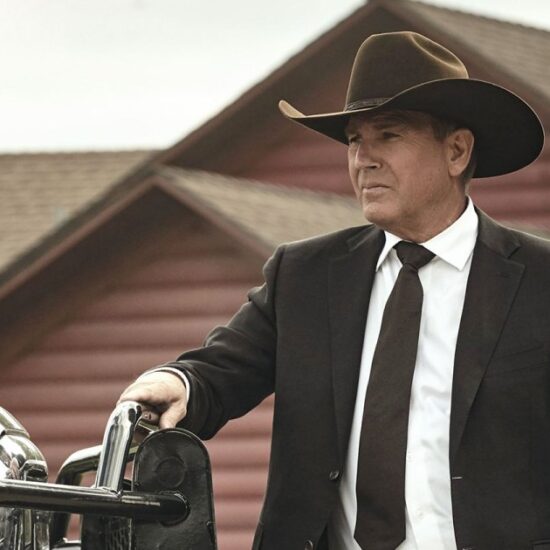