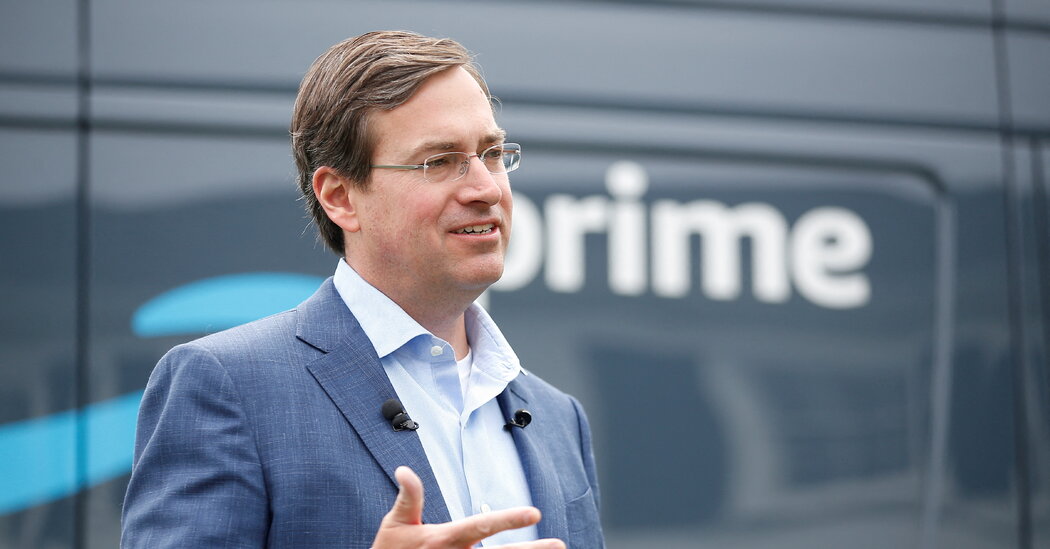 Dave Clark, the chief executive of Amazon’s consumer business, who was the architect of its massive warehouse operations, announced on Friday that he would leave the company after 23 years. He did not say what he would do next, and the company did not immediately name a successor.

“It’s time for me to build again,” he said in a note on Twitter. His last day is July 1.

Andy Jassy, Amazon’s chief executive, said in an email to the company’s leadership that he hoped to have an update on succession plans “over the next few weeks.”

“The past few years have been among the most challenging and unpredictable we’ve faced in the history of Amazon’s Consumer business,” Mr. Jassy said, “and I’m particularly appreciative of Dave’s leadership during that time.”

Mr. Clark rose through the ranks of Amazon’s operations to oversee one of the largest capital investments in corporate history, as the company moved to develop its own infrastructure to fulfill and deliver orders by air, truck and vans. Under his watch, the company’s work force swelled to more than 1.6 million.

At the same time, the model Mr. Clark built has faced growing pressures. Policymakers and employees have questioned the company’s employment model, which provides an average minimum wage above $18 an hour but relies on a stream of workers cycling in and out of the company. Workers on Staten Island this year voted to form a union, which the company is contesting.

The company’s latest financial results showed that Amazon overexpanded, having more warehouse and labor capacity than customer demand as the pandemic-fueled boost in e-commerce receded. The company’s executives said it was looking to rebalance its spending.

“Our teams are squarely focused on improving productivity and cost efficiencies throughout our fulfillment network,” Mr. Jassy said in a statement at the time.

Mr. Clark was an aggressive defender of Amazon. In a tweet he has since deleted, last year he goaded Senator Bernie Sanders, the Vermont independent, who was supporting workers trying to unionize. “I often say we are the Bernie Sanders of employers, but that’s not quite right because we actually deliver a progressive workplace,” Mr. Clark wrote. In another tweet that was deleted, he wrote that Mr. Sanders should “save his finger wagging lecture until after he actually delivers in his own backyard.”

The top of Amazon’s ranks has gone through the biggest changes in its history over the past two years. Mr. Clark was promoted to run the consumer business when Jeff Wilke, a longtime executive, retired. Then Jeff Bezos, Amazon’s founder, stepped down as chief executive last year and named Mr. Jassy his replacement.

Under Mr. Bezos, Mr. Clark had significant autonomy to build Amazon’s operations. Mr. Jassy, who had built and run Amazon’s cloud computing operations before stepping into the chief executive role, has been digging into parts of the company that had not previously been under his direct control. He has vowed to systematically address employee concerns.

Last fall, Mr. Clark moved from Seattle, where Amazon has its headquarters, to Dallas, where the company does not have a major corporate presence, which some people in the organization saw as a sign that his time with the company could be coming to an end.