HomeVideoThe Phantom of the Open Review: A Feel-Good Movie About a Bad Golfer

The Phantom of the Open Review: A Feel-Good Movie About a Bad Golfer 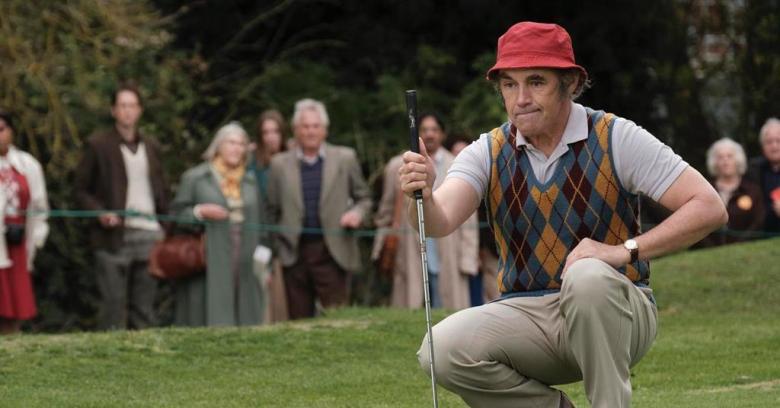 Mark Rylance stars in the true story of the shipyard worker who lied his way into the British Open despite never having played golf before.

A light and lyrical feel-good tale about Mancunian golf legend Maurice G. Flitcroft — the shipyard crane operator who improbably managed to enter himself into the 1976 British Open and then, even more improbably, became an international folk hero for his resilience in the face of humiliating scores — “The Phantom of the Open” is exactly what you might expect from an underdog sports film scripted by “Paddington 2” writer Simon Farnaby (and based on the book that he and Scott Murray published about Flintcroft in 2010). It’s charming as hell, it has precious little patience for English classism, and it hinges on a child-like outsider whose supernatural guilelessness has a tendency to steamroll over the cynics and gits who get in his way. It even co-stars Sally Hawkins, as all “Paddington” movies have, and all other movies should.

If “The Phantom of the Open” lacks the same magic that Farnaby helped sprinkle over the masterful comedies he co-wrote about the world’s sweetest bear, well, what doesn’t? It’s enough that this heartfelt delight makes par on its premise; there’s a birdie here and a bogey there, but director Craig Roberts (“Eternal Beauty”) keeps a firm grip on the film’s whimsical tone from start to finish, the former “Red Oaks” star finding a way to have fun with his shots without risking his straightforward approach to the pin.

Mark Rylance, whose post-“Bridge of Spies” performances in films like “Ready Player One” and “Don’t Look Up” have suffered from putting far too much sugar in a small cup of tea, embodies Maurice Flitcroft with such fidgety sweetness that he seems to be simpering toward self-parody by the end of the very first scene, and yet with “The Phantom of the Open” he’s found a movie that’s willing to meet the actor on his wavelength — a movie in which everything is so gently over-cranked that Rylance’s character feels more like a natural response to the world around him than he does an aberration from it.

Indeed, “The Phantom of the Open” works so well because Rylance’s all too legible affectations make it that much harder to parse Maurice’s heart. Does this doddering, workaday layman from the coal-gray shores of Barrow-in-Furness — a 47-year-old father of three who may have been totally oblivious to the mere existence of golf before catching a brain-snapping glimpse of a tournament on his family’s posh new three-channel TV — really believe that he can compete with the best players on Earth, or is he just having some kind of mid-life crisis prompted by Margaret Thatcher’s rise to power?

The film’s playful, almost fable-esque introduction to Maurice would suggest the former. It tells us of a young boy who was sent to Scotland during the war for his safety, and then returned to his dead-end town with a head so full of stars that not even several decades of blue-collar drudgery could dull its shine. To this day, his dreams still resemble deleted scenes from “A Matter of Life and Death.” And while Maurice’s cartoonish naiveté is a caricature of industrial simplicity, that exaggerated innocence is offset by the palpable hopes of a man who’s worked so hard for his sons to believe their dreams might actually come true — a man who’s proud that his teenage twins want to become professional disco dancers, and perhaps even prouder that his eldest, Michael (Jake Davies) has already climbed so high on the corporate ladder that his dad looks small from his perspective.

However you slice it, there’s more than a little eccentricity at play when Maurice decides to “have a crack at the British Open.” Sure, it’s a bit misleading when he checks the box labeled “professional” on the application, but it’s not his fault that the tournament administrators let him on the links (Rhys Ifans plays the stuffed shirt elitist who runs the Royal & Ancient Golf Course, and — despite being unfamiliar with anyone named Maurice Flitcroft, simply assumes that no one would be stupid enough to lie about their status).

And Maurice is, indeed, quite bad at golf. He’s able to make contact with the ball, which is a bit surprising given Rylance’s eyes-closed swing, but it doesn’t tend to go very far, and Farnaby’s script has zero interest in pretending that it ever did in real life. On the contrary, “The Phantom of the Open” delights in how unbothered Maurice is by his play; one of the film’s best scenes sets him up for a dramatic putt, adopting the rhythms and grammar of every inspirational sports movie ever made… and then sticking with it as Maurice duffs the putt four times in a row.

Whip-pans, dance interludes, and a killer period soundtrack highlighted by the likes of Billy Preston and Christopher Cross apply winning energy to a losing streak that doesn’t skip a beat even after Maurice is kicked out of the tournament and forced to sneak onto the course in disguise. The simple joy of this story isn’t found in Maurice’s imagined victory, but rather through his refusal of defeat — his refusal to wallow in the gutter and cede the stars to the people born just shy of heaven. This world is what we make of it, and everyone is capable of having their say.

In a moment so wry and affecting that it could single-handedly power this movie through its misshapen structure and the sweet but labored subplots that hold it together with scotch tape (the most important of which being the embarrassment that Michael develops in response to his father’s overnight fame), Maurice walks out of the shipyard at the end of a shift and tears off his dull work coat to reveal the argyle golf sweater below. His willingness to step out of line and grab his clubs by the handle is enough to make him a bonafide superhero, even in spite of his handicap(s).

“The Phantom of the Open” isn’t always able to dramatize Maurice’s self-determination — the trajectory of his career isn’t especially well-suited to a three-act feature, and a greater emphasis on the deception required to keep playing might have unbalanced a movie that can’t afford its wide-eyed hero to become a full-blown trickster — but Roberts and Farnaby celebrate Maurice’s accomplishments with such a sincere degree of fun that it’s easy to keep golf-clapping along even after the film runs out of story to tell. Kit Fraser’s textured cinematography and Sarah Finlay’s loving production design lend the whole thing an almost Kaurismäki-dry winsomeness that Hawkins’ performance is able to capitalize upon with even the smallest of gestures.

It all comes together into an affable movie that, like its affable subject, doesn’t have any measurable ambition beyond getting the ball in the hole. And yet it could still make hardened souls cry a few tears in the back of an airplane, pick the rest of us up on a gray Sunday afternoon, and remind anyone struggling through stubbornly existential feelings of helplessness — which is another way of saying everyone — that the world is their oyster, even when it looks a lot more like a barnacle.

“The Phantom of the Open” is now playing in select theaters. 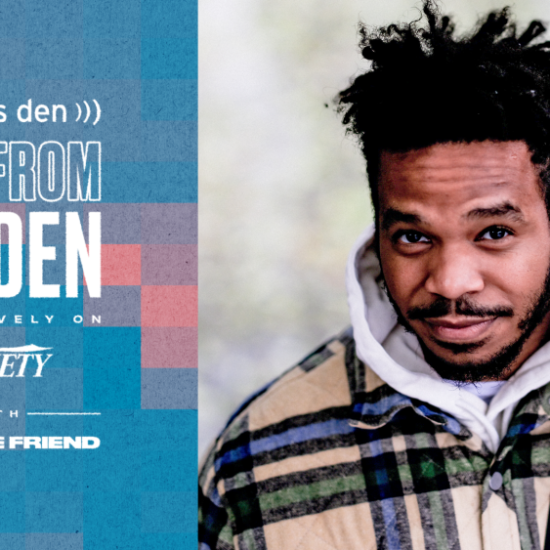 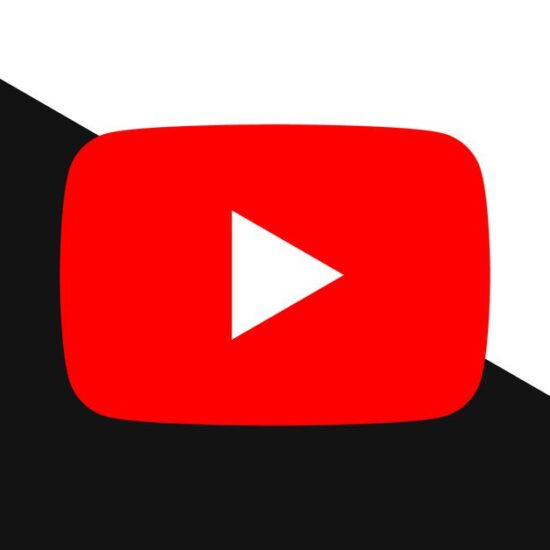 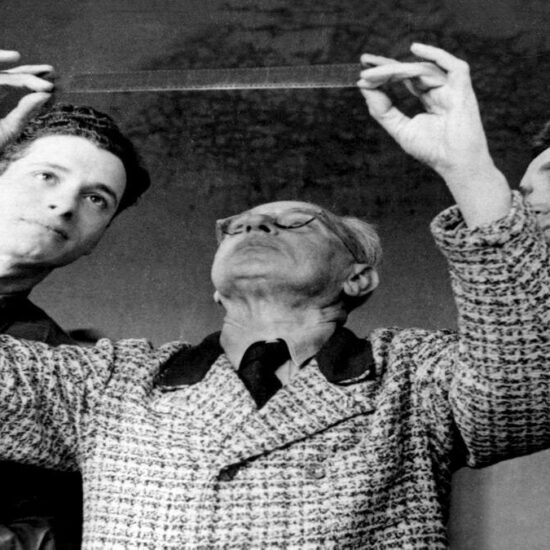 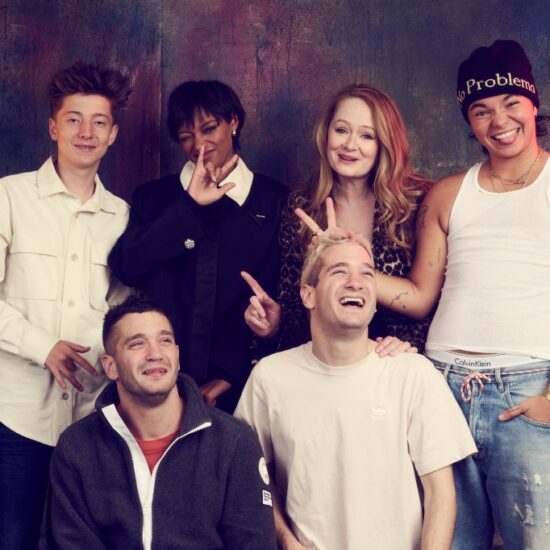 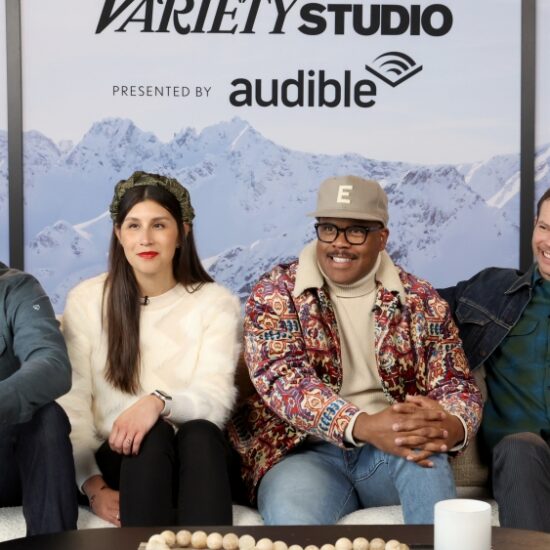