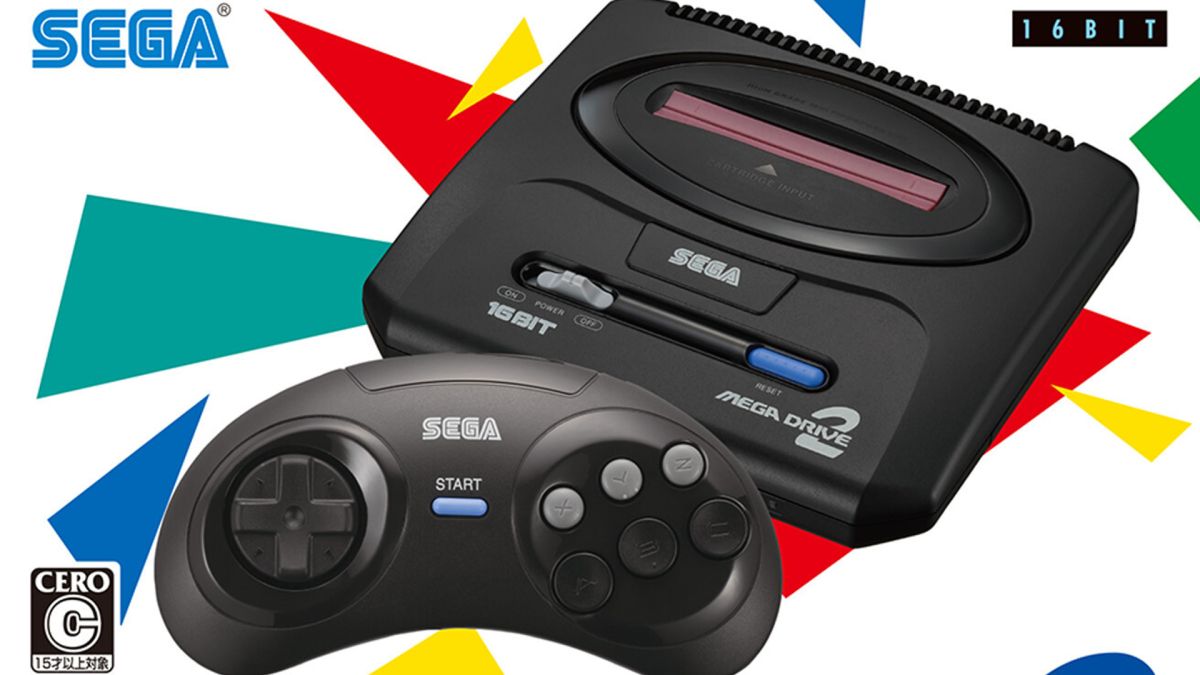 Sega is going retro again as it unveiled its old-is-new-again Mega Drive Mini 2.

The Mega Drive Mini 2 was revealed (opens in new tab) in a rather bizarre live stream on Sega’s Japanese YouTube channel. Strange introductions aside, the new mini console is based on the Mega Drive Model 2 which came out back in 1994.

The Model 2 was unique in that it supported the Mega-CD add-on (better known as the Sega CD in North America) giving gamers access to a new set of games. Mirroring the past, the Mega Drive Mini 2 will have Sega CD games on it.

The Mega Drive Mini 2 will launch in Japan on October 27. Given the popularity and critical acclaim the first mini console garnered (opens in new tab), it wouldn’t be unreasonable to expect an international release similar to the Genesis Mini 2. The mini-console will have a starting price of 9,980 yen which is around $75.

On the surface, the Mega Drive Mini 2 appears to offer a cartridge slot with working flaps, but if it’s anything like the first Mega Drive Mini, that’s purely decorative. There are also power and reset buttons, which are also found on the old mini model and work as expected here.

Included with the Mini 2 are one controller, an HDMI, and a USB cable. If the old mini console is anything to go by, the HDMI cable is to connect to TVs and the USB is for power.

There will also be an accessories kit to decorate the Mini 2, including a Mega-CD add-on. No games are included in the kit; rather it’s all decorative pieces for players to replicate the old console they once had. The Mega Mini Drive 2 houses all the games within it. The accessory kit has a 4,500 yen price tag (like $35) and includes a toy cartridge plus a mount.

Inside the Mini 2 are 50 games that will span the Mega Drive and Mega-CD libraries. Only 10 games have been revealed at this time, which you can view on Sega’s website (opens in new tab). Their names are in Japanese, but some are in English. Confirmed games include Popful Mail, Sonic CD, Virtua Racer, Bonanza Brothers, and Shining Force CD.

This is a pretty cool console for retro gaming fans and leads us to wonder what’s next. The Sega Mega Drive also had the 32X add-on which expanded the console’s library; however, it was considered a total flop. It’s doubtful Sega would release those titles or spend time on creating a mini-32X.

But there may be a Dreamcast mini. According to Video Games Chronicle (opens in new tab), a Sega producer expressed interest in releasing a smaller Dreamcast console in the same vein as Mega Drive Mini. The console certainly has the library.

If you’re interested in getting into retro gaming and buying some old consoles, we recommend getting a proper CRT TV (opens in new tab).