When “This Is Us” premiered in September 2016, “Parenthood” had been off the air for a little more than a year. Many dubbed Dan Fogelman’s new NBC family drama the heir apparent to Jason Katims’ critical darling, which was itself a successor to his NBC family drama “Friday Night Lights.” Some even mistakenly complimented Katims for his work on “This Is Us,” assuming it was his next big-hearted tearjerker. Of course, “This Is Us” wasn’t Katims’ project, but that wasn’t the only key difference between the two shows: “This Is Us” quickly became a ratings juggernaut, whereas “Parenthood” was never NBC’s top draw, and the large ensemble cast eventually took pay cuts in order to ensure a sixth and final season could happen.

So, a little lingering irritation is understandable, even in jest — like the quippy remarks made at “Parenthood’s” reunion panel Friday night, as part of the 2022 ATX TV Festival. During the audience Q&A, Katims was asked how he knew it was time to end the show.

His simple answer: “That was NBC,” he said. “NBC came up with that.”

Then Dax Shepard jumped in, pretending to hear another audience query. “Oh, we just have another question here,” he joked. “She just asked, ‘Is anyone mad at ‘This Is Us’ for trying to do the exact same show?’”

As the audience laughed, Shepard said, “It’d be like if AMC canceled ‘Breaking Bad’ and then brought in ‘Meth Lab: Santa Fe.’ [Or] ‘Euphoria’ gets axed, and then it’s ‘Ecstasy’ on HBO!”

Jokes aside, “Parenthood” has endured in the years since leaving NBC, streaming on Netflix, Hulu, and now Peacock. Despite streaming’s murky viewership reports, it’s safe to say the audience has only grown of late, and fans turned out in droves for the hourlong reunion. The line to get in the door stretched around the block.

Taking part in the festivities were Katims, Shepard (who played Crosby Braverman), Monica Potter (Kristina Braverman), Joy Bryant (Jasmine Trussell), Erika Christensen (Julia Braverman-Graham), and Lawrence Trilling, who served as an executive producer and director on the series. Craig T. Nelson, Peter Krause, and Lauren Graham, among other cast members, were once scheduled to take part, but the reunion’s timing shifts — it was initially set for the 2020 festival before the pandemic forced a pivot to virtual festing — resulted in scheduling conflicts. Below are six highlights from the “Parenthood” reunion, including teary memories, dance secrets, and one brief but reasonable revival pitch.

Max Was the Key to Unlocking All of “Parenthood”

While “Parenthood” was based on Steve Martin’s 1989 film of the same name, each project was distinct from the other. For Katims, his initial inspiration for tackling the series didn’t come from the movie, but his own TV show, “Friday Night Lights.” A family drama built around a high school football team, the NBC project is widely considered one of the medium’s all-time great shows. It won three Emmys, including a writing win for Katims, and also built a strong following in the years after its initial broadcast run.

“I was very much honestly inspired by ‘Friday Night Lights’ in thinking what this show could be,” Katims said. “One thing I was really enjoying about ‘Friday Night Lights’ was the big ensemble — the big cast, the many, many points of view — and I thought, ‘What if you did a show like that, but was focused [solely] on family and extended family?’”

Still, the idea needed more. If a family drama was going to connect with an audience in the 2010s, then it needed unique, undeniable emotional ties. It needed to be personal.

“When I wrote the pilot story, a breakthrough moment for me, a moment of truth for me, was when I wrote the Max storyline,” Katims said, referencing Max Braverman, the youngest child in the central family who has an autism spectrum disorder. “I have a child who’s on the spectrum. […] There’s a storyline where [Max] gets asked to leave the school he’s in, and that really happened to me. I was on the verge of taking it out of the show because I was worried it was too personal for me [to divulge]. I took it out, then I put it back, and for me, that was what set the path for the entire show.”

“At the time, there were no characters with autism on broadcast TV,” Katims said. ” I wanted to do with every storyline what I did with that storyline — to dig deep.”

Tears, Tears, and No Tears

Such a personal investment led to many huge emotional moments throughout “Parenthood.” Soon, the drama had a reputation as a tearjerker — but the best kind. Few, if any, tears were shed via overt manipulation or stretching to create manufactured drama. Many were earned, including from the creator himself.

“I cried in every phase,” Katims said. “I cried when writing the scripts. All the writers cried in the writers’ room. I cried on set. But the most embarrassing thing was bring in the editing room in front of the editors. I would try to not cry in front of them, I don’t know why. But then this crazy sound came out of me [instead.]”

“I cried at every episode,” Christensen said. “Knowing what was coming didn’t help me at all.”

“I never cried,” Potter said, earning a big laugh from the crowd. Katims then praised the actor for her ability to “turn on the waterworks” in an instant.

Dax Shepard Was Reluctant to Join a Network Drama

Shepard said when the opportunity to join “Parenthood” came his way, he was focused on writing more than acting. But beyond that, the future “Bless This Mess” star wasn’t sure if a potentially long-running gig was a good fit for him at the time.

“I wasn’t sure if I had the right attention span to be on a network television show that might be on the air for six years,” Shepard said, before joking, “I like to shoot for three months, sleep with some of the people who live there, and get out of town — I wasn’t married [then], I was single.”

Shepard said he was in the middle of a notes session with David Nevins — who’s now the Chairman and CEO of the Paramount Premium Group and Chief Creative Officer, Paramount+ Scripted Series — when the then Imagine TV executive suddenly looked at him and said, “Oh my God, this is Crosby Braverman!”

After Nevins sent Shepard to audition, Katims soon had a similar reaction.

“I didn’t know about you not wanting to be on the show,” Katims said. “But when you walked in the room, I was like, ‘That’s Crosby.’ It was one of those rare kind of moments where I think it was meant to be.”

Even before “Parenthood” premiered, everyone was buzzing about its incredible cast. Craig T. Nelson was already a TV legend, after starring in “Coach” and “The District.” Peter Krause was hot off of “Sports Night” and “Six Feet Under.” Lauren Graham’s last series regular role was in a little show called “Gilmore Girls.” With Shepard, Potter, and Christensen, plus Mae Whitman and Joy Bryant, this was a starry ensemble that could go toe-to-toe with any other.

Still, they had to work together. They had to form a believable family unit. So Katims and his team turned to one of the best directors in the business — nine-time Emmy winner Thomas Schlamme — to helm the pilot.

“Under Tommy Schlamme’s tutelage,” Shepard said, “a good deal of our rehearsal was [when] we were seated around this big table, meeting each other for the first time, and we were encouraged to , ‘Who are you,’ ‘What role do you play in your family,’ ‘What are your parents like?’ — and it was incredible by the end of it how much we could relate to one another.”

“It was a real fast-track to understanding each other,” Shepard said. “It made us immediately intimate and vulnerable, and it put us perfectly into the tone of the show.”

The Bravermans Danced to Their Own Beat — Often, Quite Literally

Over the years, Braverman family dance parties became a fan-favorite staple of “Parenthood.” Once “the fever” struck any one of the core characters, it could spread quickly to the whole group. But what fans may not realize is that despite the show’s excellent soundtrack — aided by Emmy-nominated music supervisor Liza Richardson — most of those giant group shindigs were recorded in complete silence.

“There are a couple where we were listening to music, but the vast majority we were dancing to nothing,” Shepard said, before adding that they often worried about looking out of sync because cast members weren’t told the genre of music played in each scene. “I’m dancing to hip-hop. You’re dancing to rock and roll. Who knows what Monica is dancing to,” he said.

Early on, choices were made about the characters’ given dance skills — Krause, as seen in plenty of the compilation videos, embraced cheesy dad moves — but those talents weren’t always in line with the actors’ true abilities.

“I had decided Julia was not a good dancer and I really regretted it,” Christensen said.

“Because Erika is the dopest dancer,” Shepard said.

No Word on a Revival, Though There Was a Pitch

In the years since “Parenthood” ended, as the drama’s profile continues to rise and family dramas grow ever more desirable, Katims hasn’t been shy about floating potential continuations. As early as 2016, he told The Hollywood Reporter, “I’d be interested in doing that after a little time passes […] That would be a really interesting thing, to revisit ‘Parenthood’ when Drew [Miles Heizer] has now graduated from college and Haddie [Sarah Ramos] has graduated from college and somebody, who knows, may be nearing retirement age.”

Katims wasn’t asked for an update on any revival thoughts during the panel, but he did say he tends not to think about what happens to characters after he wraps a series.

“I don’t really give it a lot of thought,” he said. “We did over 100 episodes of the show, and I felt like what I wanted to do in the last season, the last episode, the last arc was really give it resolution. I wanted them to feel like they landed somewhere.”

The “Parenthood” finale was widely applauded by critics and fans alike, but that didn’t stop Shepard from making an unprompted pitch for how to pick up the story again.

“Simple pitch, Jason, off the dome, here we go,” he said. “After Zeke [Craig T. Nelson] died, the family splintered. Julia took a job in Oregon. Everyone moved all about. They have to come home to something special [because] they realize their lives are miserable this way: We gotta get the band back together.”

With a gap in family dramas left by a certain show’s recent ending, maybe this is… the time for more “Parenthood.”

All six seasons of “Parenthood” are available to stream on Hulu and Peacock. 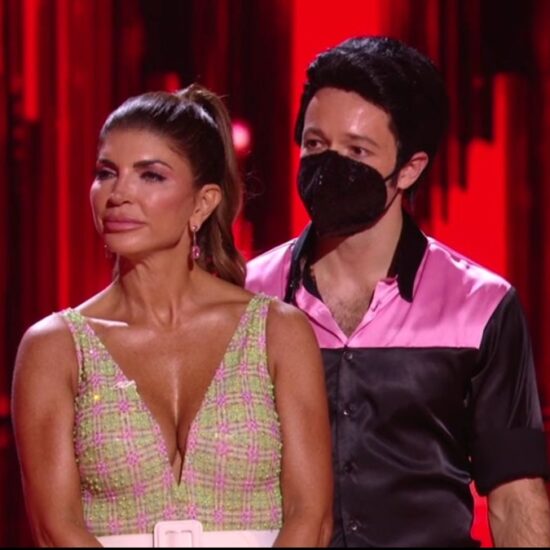 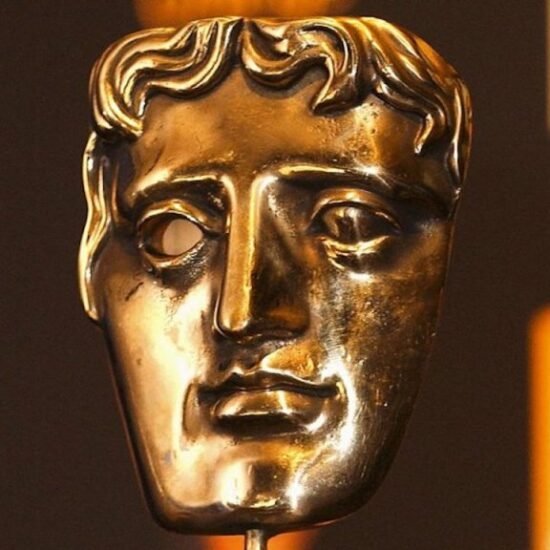 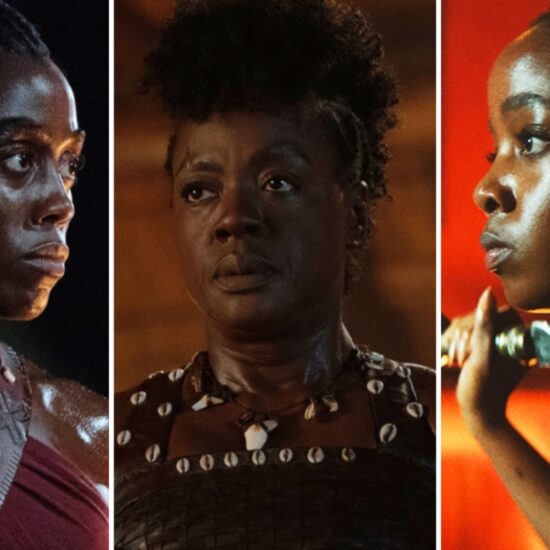