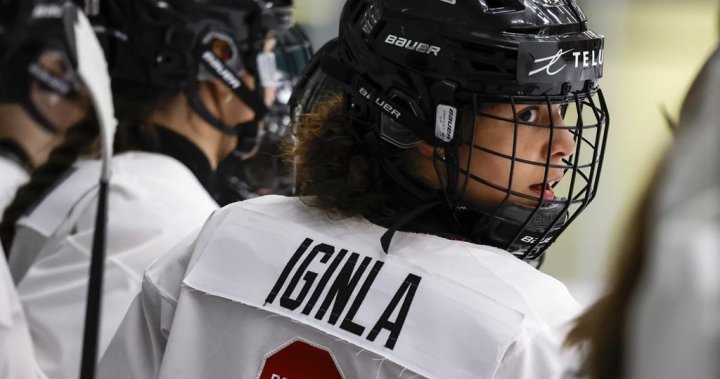 Another “Iggy” has landed on the international hockey scene.

Jade Iginla, daughter of Hockey Hall of Famer Jarome Iginla, is among the 23 women representing Canada at the world under-18 championship starting Monday in Madison and Middleton, Wis.

She and the majority of her teammates, born in 2004 and 2005, were named to the Canadian roster a second time.

When the tournament initially scheduled for Jan. 8-15 in Sweden was abruptly called off two weeks before puck drop because of the COVID-19 pandemic, Hockey Canada announced a roster on Jan. 20 in recognition of players’ efforts to make that team.

After a five-day reselection camp in Calgary in May, Canada opens the rescheduled tournament Monday against Finland in Madison.

Aware her Canadian counterparts born in 2003 couldn’t play in a world under-18 championship at all – the pandemic also wiped out the 2021 tournament – Iginla appreciates wearing the Maple Leaf for the first time in her career.

“I think the first two words that come to mind are gratitude and pride,” Iginla told The Canadian Press.

University of Alberta Pandas head coach Howie Draper returns to the bench after navigating the under-18 women to gold in 2019 and silver in 2020.

Iginla, the oldest child of Jarome and Kara, compiled 18 goals and 10 assists in 22 games for Hockey Academy Kelowna’s under-18 team this past season. She’s committed to play for Brown University next season.

Jarome played the majority of his 1,554 NHL games for the Calgary Flames. He holds the franchise record in goals and points.

He famously assisted on Sidney Crosby’s overtime goal to win Olympic men’s hockey gold for Canada in 2010, when Crosby yelled “Iggy” to indicate he was open. Jarome was inducted into the Hockey Hall of Fame last year.

“He’s my dad first and that’s what always comes to mind before all his other accomplishments,” Jade Iginla said.

“My dad, having played such a high level of hockey for so long … whenever I have, say, a bad experience or something that didn’t go my way, he immediately references something that happened to him, and it’s always similar. It always helps to find common ground in that.”

She possesses elements of her father’s power-forward game.

“What we like about Jade is she seems to really connect well with all of her teammates,” Draper said. “She seems to be able to read off them really well. She obviously has a high hockey intelligence.

“The thing that really stands out for us is her grit factor and that’s something you can compare to her father. That makes it really tough for the opponent to play against you. She’s got a little bit of that, which is really cool to see.

“She doesn’t shy away from the tough areas. She protects the puck really well and as a result, she creates great opportunities for her teammates and linemates.

Jarome Iginla’s No. 12 jersey to be retired Saturday in tribute from Calgary Flames

“She’s fun to watch just like all the rest of these girls. They all have some special elements. In that way, I think we have a really strong group.”

Hockey Canada held a panel during selection camp with some women’s national-team players who won Olympic gold in Beijing in February.

Among them was 25-year-old defender Micah Zandee-Hart, who won world under-18 gold in 2014 and captained the team to silver the following year.

“I asked about leadership and how everyone can be their own leader, being different personalities, being more quiet or loud,” Iginla recalled.

“Micah had a great answer about really just leaning into what you can do. If that means making conversation with the person next to you, and that pushes you out of your comfort zone today, then that’s a good day.”

Two-thirds of Canada’s Olympic team played in a world under-18 championship at some point in their careers. Captain Marie-Philip Poulin and veteran forward Natalie Spooner appeared in the first in 2008.

Canada is in Group A in Wisconsin alongside the Finns, Sweden and the host United States. Czechia, Germany, Slovakia and Switzerland comprise Group B.

After facing the Finns on Monday, Canada meets Sweden on Tuesday and caps the preliminary round Thursday against the U.S.

The quarterfinals are Friday, followed by Sunday’s semifinals and Monday’s medal games.

The players’ fears in January over whether there would be no world under-18-championship for a second straight year has been replaced by a drive to get the gold medal.

“They’re like animals that have been caged for a significant period of time and you just let them out of that cage,” Draper said. “The energy, the excitement and enthusiasm is at a high level right now.” 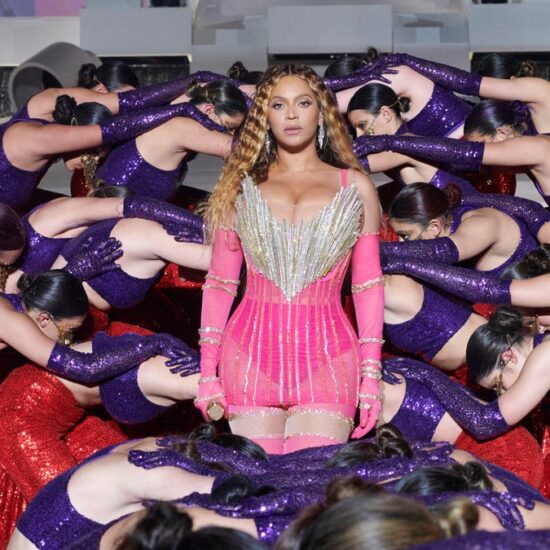 Beyoncé returns to the stage at a controversial venue 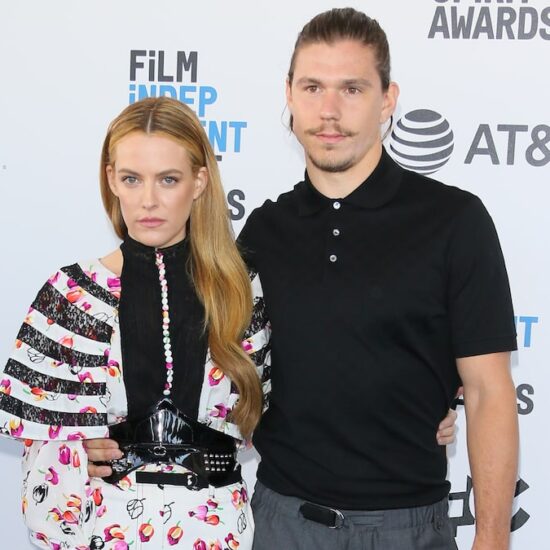 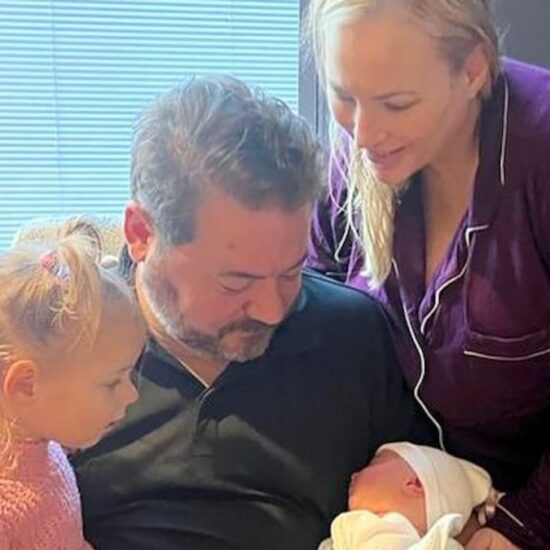 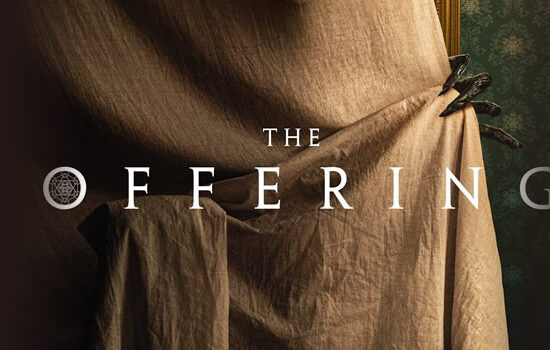 Eerie Clip From ‘The Offering’ Arrives Before Friday Debut