Is Johnny Depp In Beetlejuice 2? [MINI] 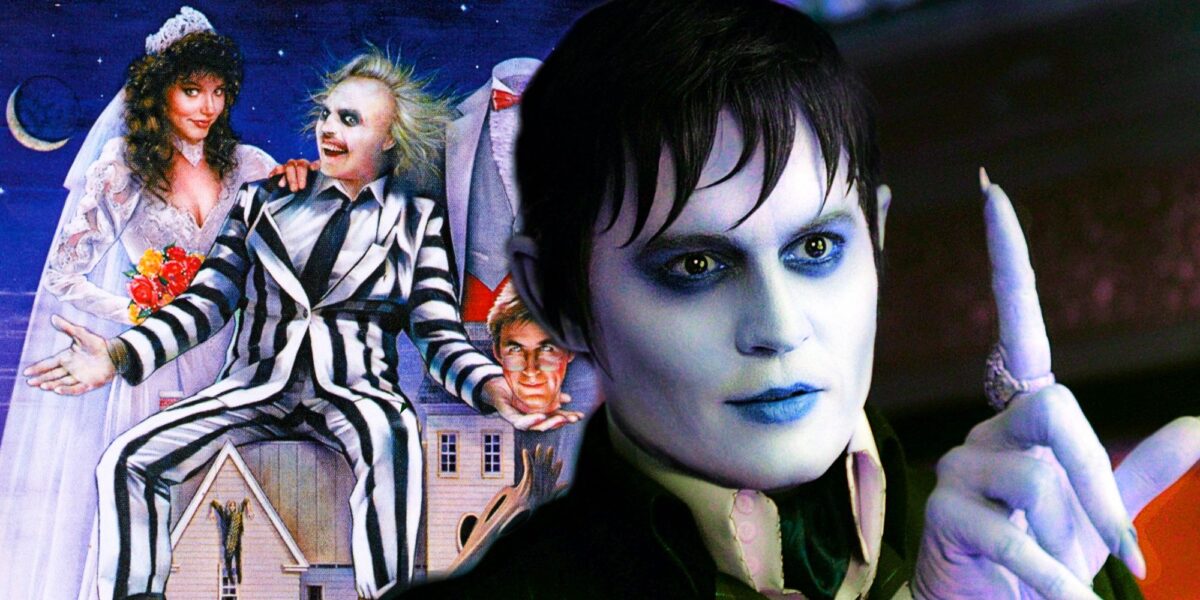 Johnny Depp’s name appears on search engine results for Beetlejuice 2 – sparking speculation that he will appear in the long-awaited sequel.

Rumors are circulating regarding Johnny Depp’s involvement in Tim Burton’s Beetlejuice 2. Tim Burton’s horror-comedy Beetlejuice remains beloved since its release in 1988, marking Burton’s second feature-length film. The film also serves as his last film before partnering with Johnny Depp in 1990 with Edward Scissorhands. If the rumors are true, Beetlejuice 2 would be Depp’s ninth collaboration with Burton.

However, Beetlejuice 2’s past is checkered with numerous attempts to resurrect the “ghost with the most” for the big screen. Originally formed under the title of Beetlejuice Goes Hawaiian with Jonathan Gems as the writer in 1990, the sequel continues to fail to materialize decades later. Currently, Seth Grahame-Smith is attached to write and produce the Beetlejuice sequel, and with the confirmations of both Winona Ryder and Michael Keaton’s return to the project, Beetlejuice 2 finally looks on course to see the light of day.

On the Beetlejuice 2 Google cast sheet, Johnny Depp’s name is listed alongside Michael Keaton and Winona Ryder, both of whom are reprising their original roles for the Beetlejuice sequel. While there isn’t an official announcement, Twitter and Reddit users continue to speculate about Depp’s involvement with long-time collaborator Tim Burton. Nevertheless, there isn’t a role attached to him to date, and the current Beetlejuice 2 IMDb page doesn’t list his name among the cast. However, Depp is known to cameo in films, such as his small role in the 21 Jump Street film and in Kevin Smith’s Tusk – meaning a Beetlejuice 2 appearance cannot be ruled out given Depp’s and Burton’s successful history together. As someone who isn’t shy to put on prosthetics and hide his appearance, the possibilities for Depp’s role in Beetlejuice 2 are endless, especially when the film takes place in the Netherworld.

While their last collaboration together, Alice Through the Looking Glass, bombed at the box office, it can still be argued that Depp is at his best when working with Burton. Even if all their collaborations aren’t as successful as Edward Scissorhands or Sweeney Todd, which marks Depp’s third Best Actor Academy Award nomination, Burton understands Depp’s acting style. While also considering Depp’s Fantastic Beasts 2 box office failure, he is certainly due for a hit film. Depp’s smaller independent films, such as City of Lies and The Professor, have failed to properly showcase Depp’s quirky talents in recent years.

Beetlejuice 2‘s IMDb page provides further updates for the film, that include the release year of 2025 and a synopsis that describes Beetlejuice’s character as “homeless in the Netherworld.” This synopsis also describes roles for Will Arnett as the Jersey Devil and Stranger Things‘ David Harbour as a struggling real estate agent, although their names do not appear on the Google cast sheet for Beetlejuice 2 like Depp’s. And while Beetlejuice 2 itself is yet to be officially confirmed, this in-depth IMDb synopsis nevertheless at last offers a potential storyline for the sequel – although whether the film will feature Burton’s long-time collaborator, Johnny Depp, remains to be seen at this time.

Next: Every Johnny Depp Movie Ranked From Worst to Best

Everything Everywhere All at Once – Film Night Podcast