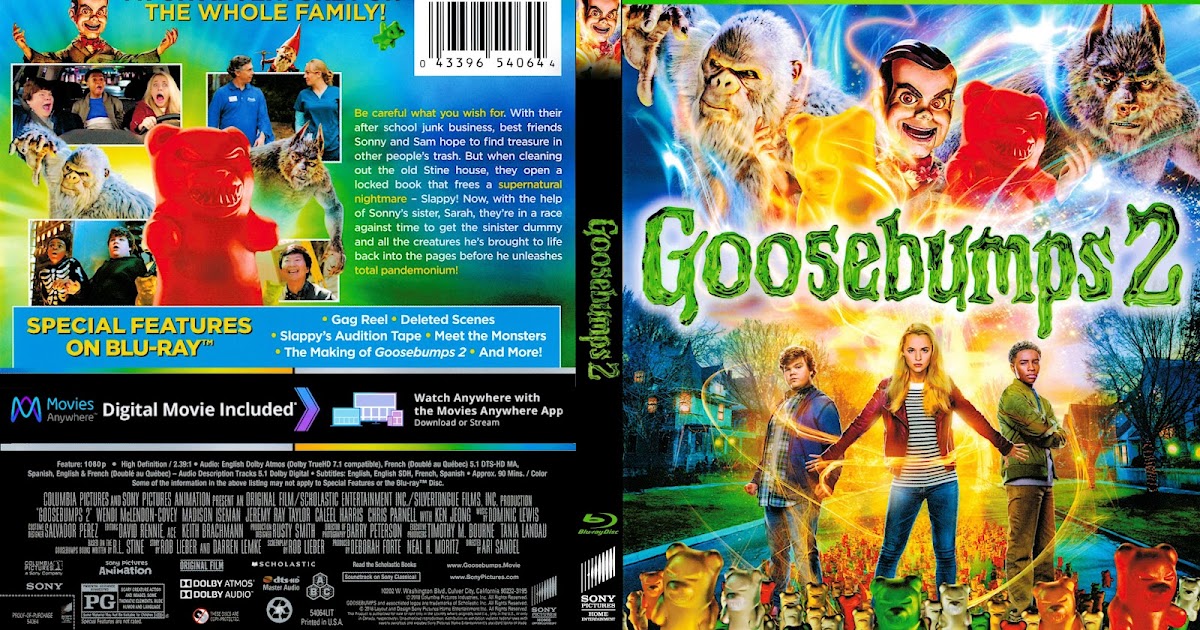 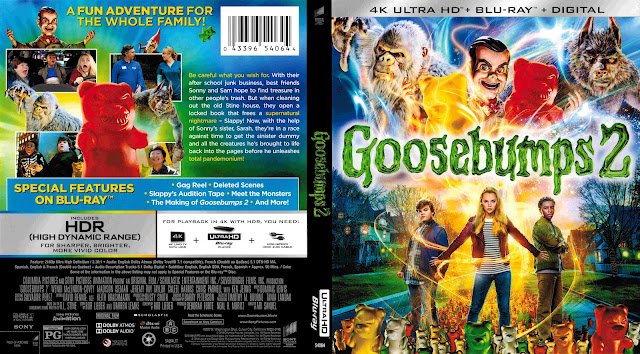 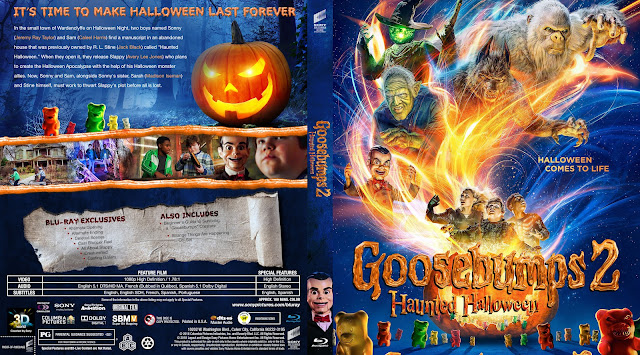 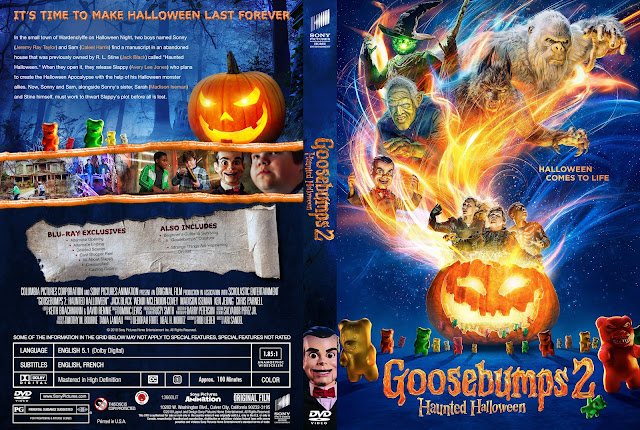 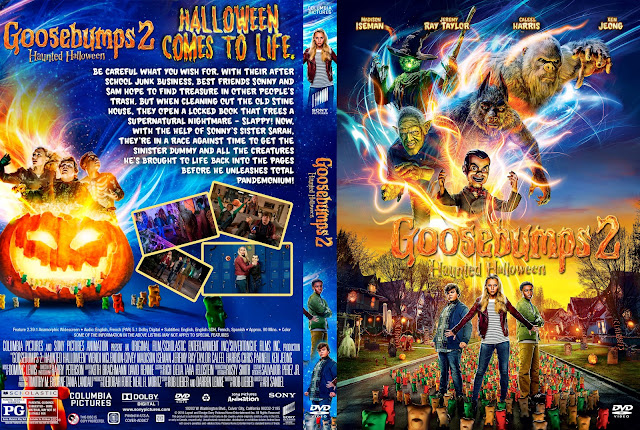 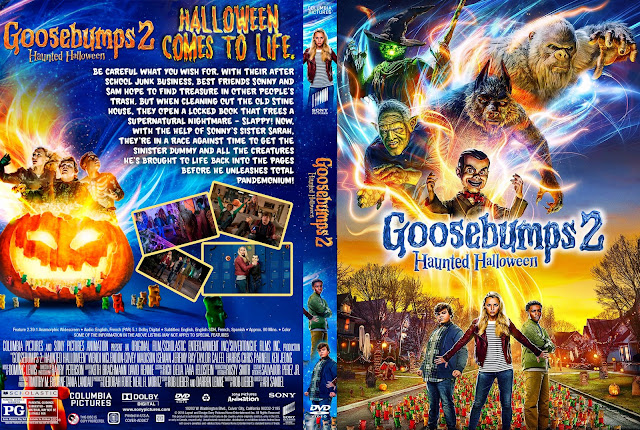 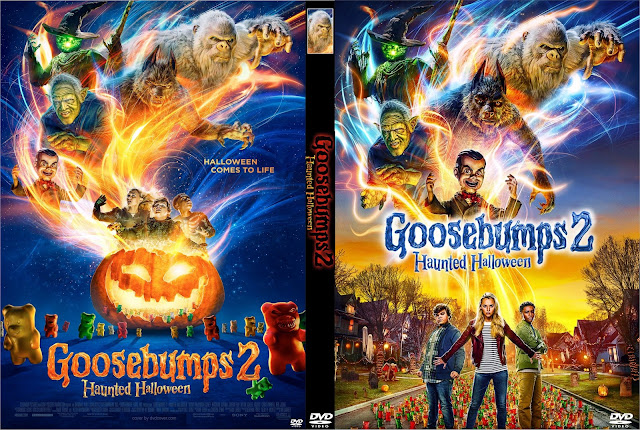 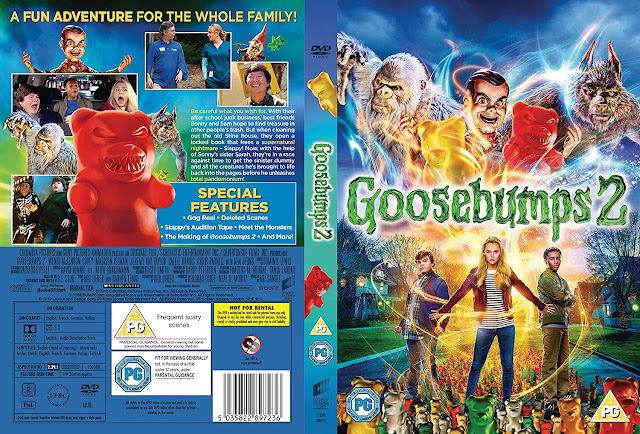 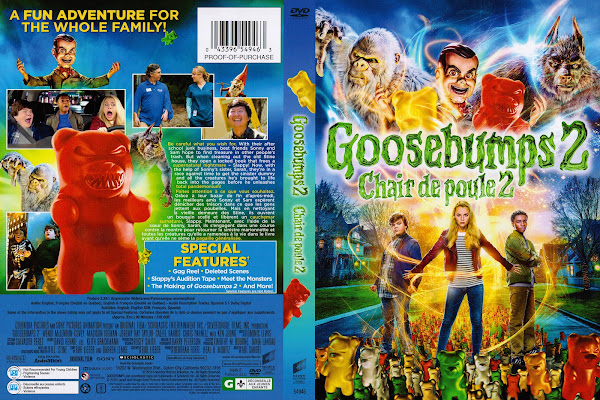 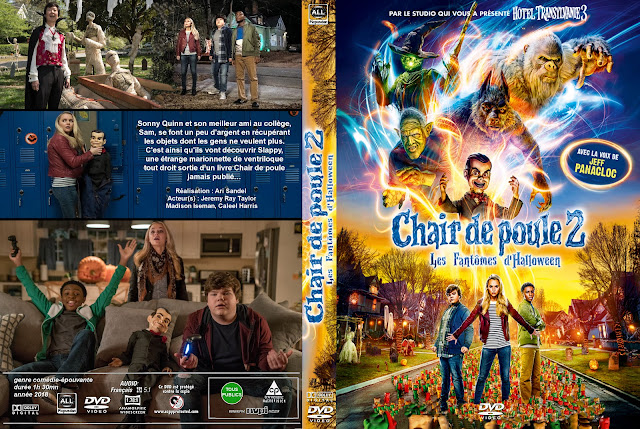 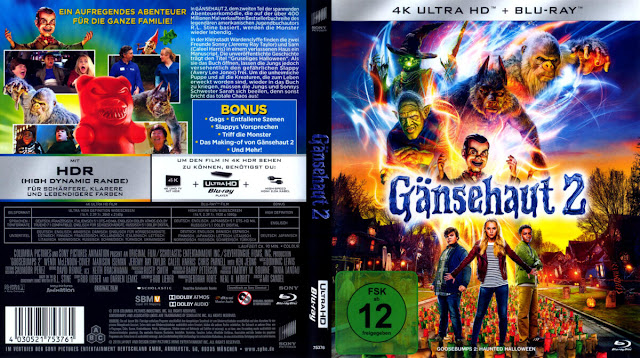 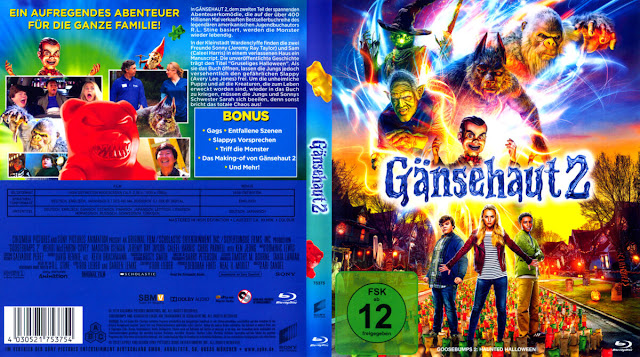 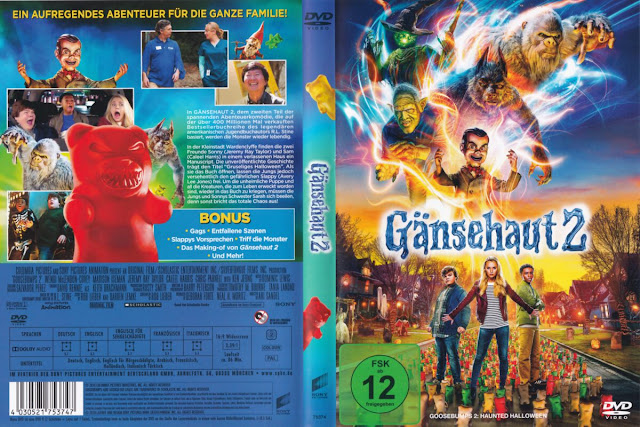 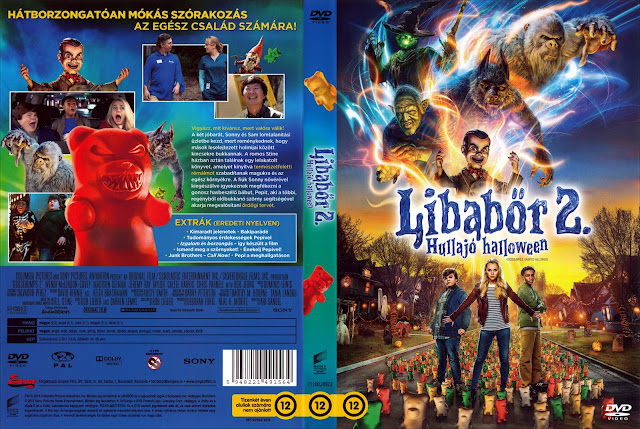 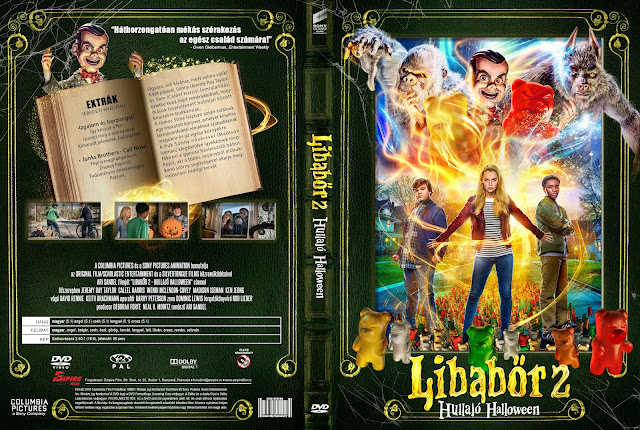 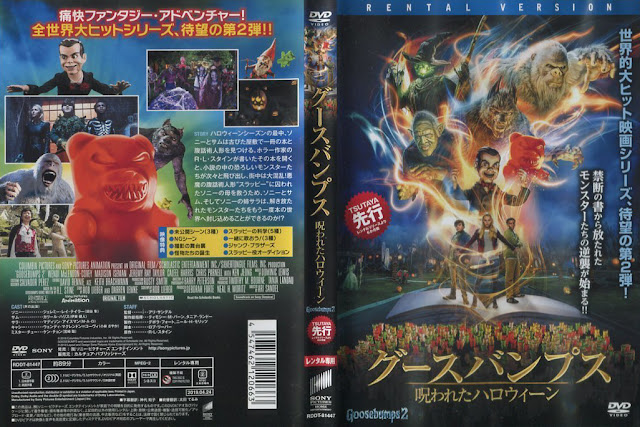 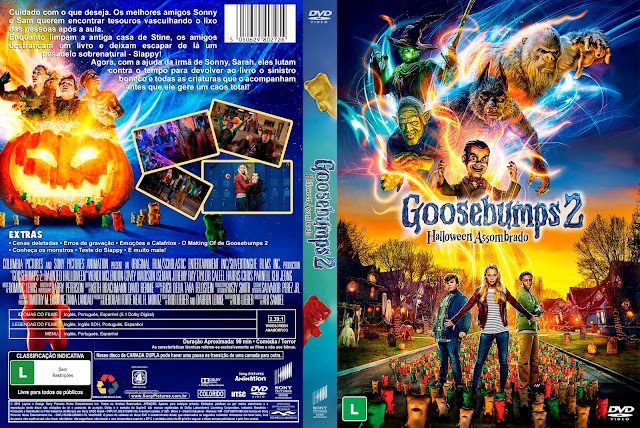 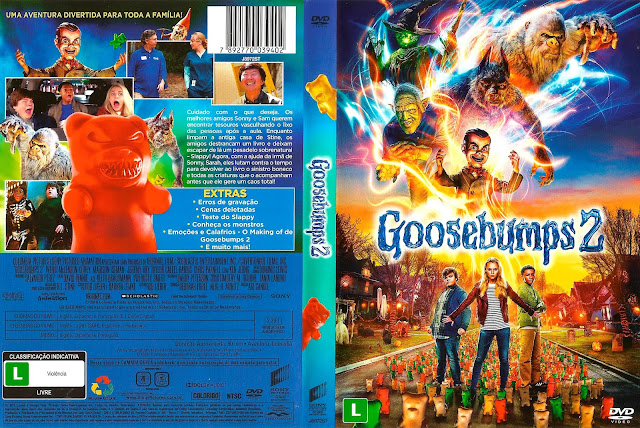 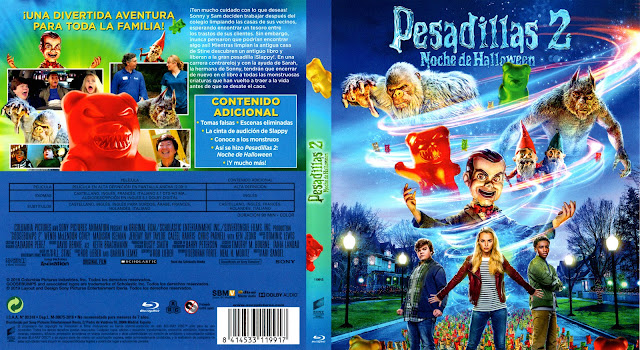 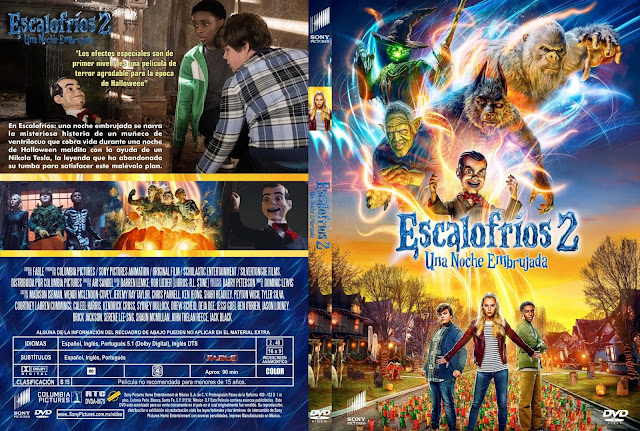 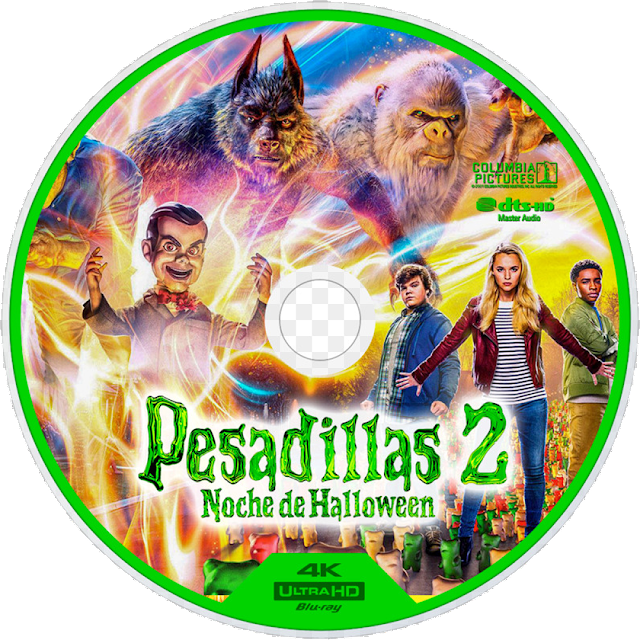 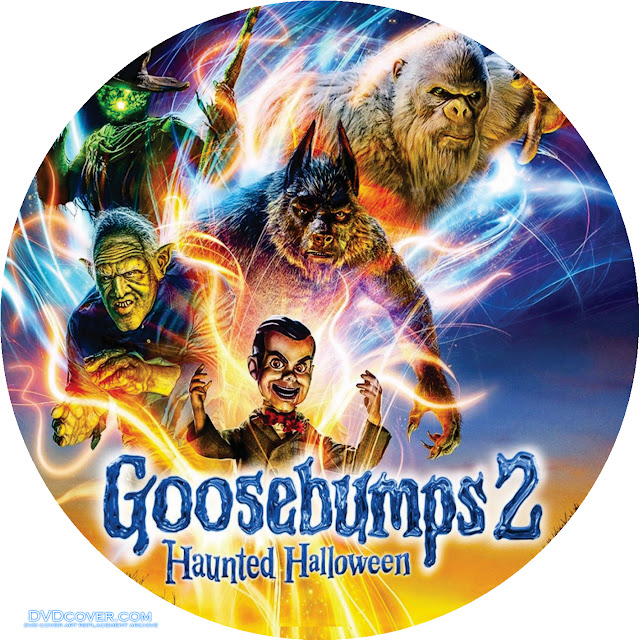 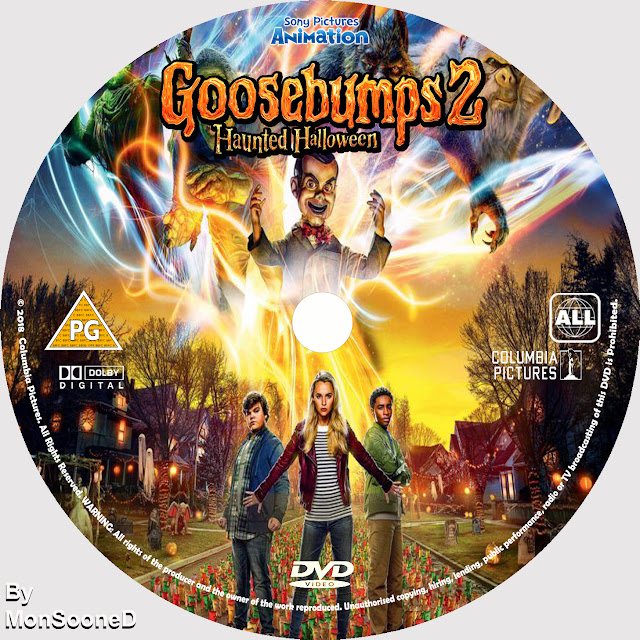 The Candy Bites Back promo:

Goosebumps 2: Haunted Halloween (or simply Goosebumps 2 as marketed on home release) is a 2018 American horror comedy film directed by Ari Sandel and written by Rob Lieber from a story by Lieber and Darren Lemke. It’s stand-alone sequel that does not feature any of the original cast of 2015’s Goosebumps, except for Jack Black who reprises the role of R. L. Stine the actual writer of the children’s horror book series the film is based on.

The new cast consists of Wendi McLendon-Covey, Madison Iseman, Jeremy Ray Taylor, Caleel Harris, Chris Parnell, and Ken Jeong. The plot follows two young boys who accidentally release the monsters from the Goosebumps franchise in their town after opening an unpublished Goosebumps manuscript titled Haunted Halloween, causing a wave of destruction on Halloween night. Unlike the previous installment, Village Roadshow Pictures was not involved with the film and it was not presented in 3D.

BOX OFFICE RELEASE: The film was released in the United States on October 12, 2018, and released in the United Kingdom on October 19, 2018, by Sony Pictures Releasing under its Columbia Pictures label. The film received mixed reviews from critics, and was not as successful as its predecessor, grossing $46.7 million in the United States and Canada, and $46.6 million in other territories, for a total worldwide gross of $93.3 million, against a production budget of $35 million.

MY REVIEW: I read a lot of people didn’t like this sequel and it didn’t perform as well as the original but I guess I’m a big Halloween whore because I fucking loved this film way more than the first one. Just so much Halloween atmosphere, fun story and great characters.

My favorite scene (animated GIF) is below which could be a Halloween III (1982) homage with the three kids wearing witch, jack o lantern and skull masks that resemble the Silver Shamrock Masks from my favorite Halloween franchise sequel. Pretty cool if that’s what they were referencing. I rate the film 3 out of 4 Halloween masks – Good: 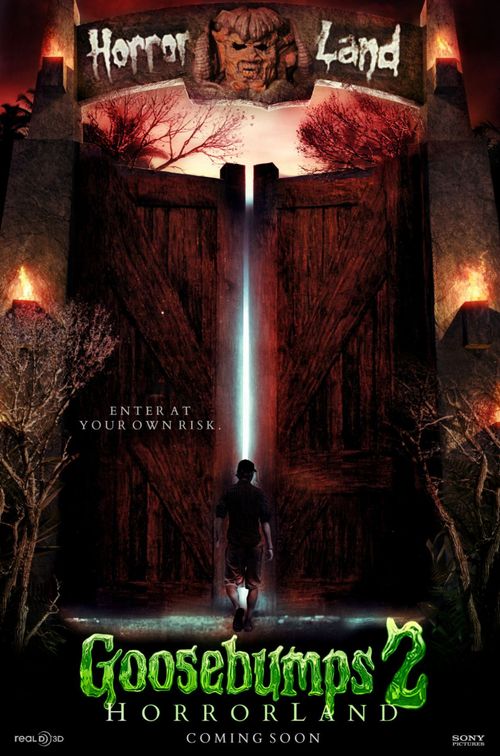 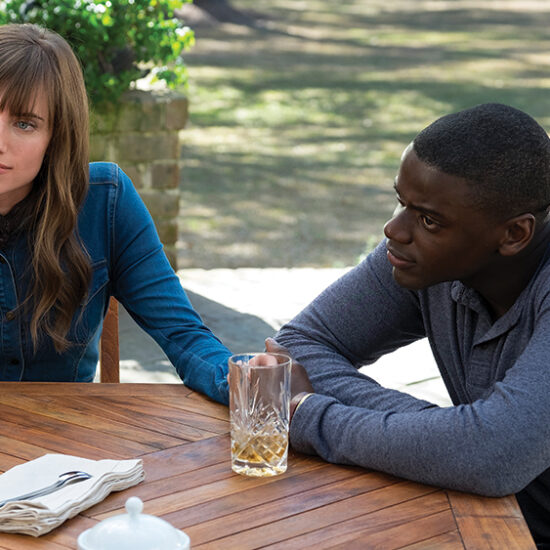 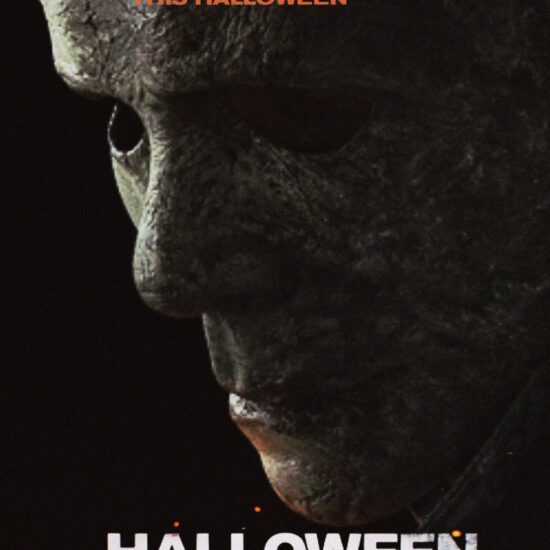 On DVD: THE SILVER SCREEN: COLOR ME LAVENDER Hocus Pocus 2 Releases Teaser Trailer: The Sanderson Sisters Are Back 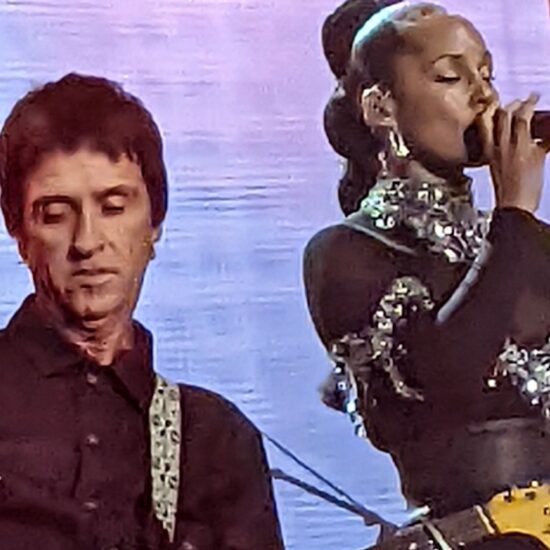 New Houses can be Haunted Too, Here’s My Story