Ethan Coen was done with filmmaking (at least for a while) and his reason was pretty simple — it became “more of a grind and less fun.”

The director known for such cult classics as “Fargo” and “The Big Lebowski” told The Los Angeles Times in 2019 that he was taking a rest from filmmaking to pursue other interests. But then one very big thing influenced not only his return to the industry but to his first documentary, “Jerry Lee Lewis: Trouble in Mind,” which is premiering at the Cannes Film Festival: the COVID pandemic.

“What changed is I started getting bored,” he said in an interview with The Associated Press. “I was with Trish in New York at the beginning of the lockdown. So, you know, it was all a little scary and claustrophobic.”

During that time, his “friend of many years” record producer T-Bone Burnett asked if Coen and his wife, creative partner and editor Tricia Cooke, would be interested in making “Trouble in Mind” using archival footage. “We could do it at home,” Coen said.

Cooke added: “It was like a home movie project. We’re both huge fans of his music. I had some issues with other parts of Jerry Lee’s life. I was like, “I don’t know if I want to touch that.” But it ended up being a lot of fun. Honestly, T-Bone came to us like two weeks into the pandemic, so it was a life saver.”

“Trouble in Mind” is Coen’s first film without his brother and directing teammate Joel. During the AP interview, he insisted that “nothing dramatic” happened that prompted him to take a step back from filmmaking for a few years.

“You start out when you’re a kid and you want to make a movie,” he said. “Everything’s enthusiasm and gung-ho, let’s go make a movie. And the first movie is just loads of fun. And then the second movie is loads of fun, almost as much fun as the first. And after 30 years, not that it’s no fun, but it’s more of a job than it had been.”

Coen clarified that “it was the production experience” that he’d grown tired of. “It was the experience of making a movie. More of a grind and less fun,” he said. 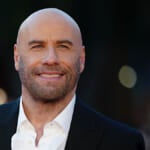 Would he ever reunite with his brother for another film, now that he’s returned to directing? That’s still up in the air, Coed said, as he wasn’t sure what his next move was going to be.

“None of the decisions are definitive. We might make another movie,” he said. “I don’t know what my next movie is going to be after this. The pandemic happened. I turned into a big baby and got bored and quit, and then the pandemic happened. Then other stuff happens and who knows?”

Riley Keough and Gina Gammell Tell Indigenous Story From the Inside

Notorious B.I.G. Is Headed to the Metaverse – The Hollywood Reporter