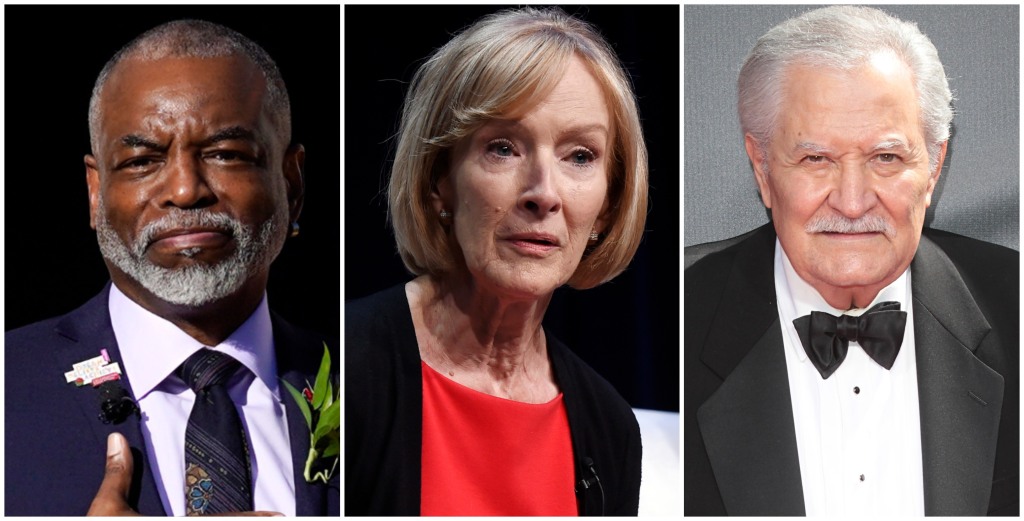 The 49th Daytime Emmy Awards return to a live, in-person format this year on Friday, June 24, airing on both CBS and Paramount+. Also, the National Academy of Television Arts & Sciences confirmed that, as expected, the ceremony will take place at Pasadena Civic Auditorium in Pasadena, Calif.; nominations will be announced on May 5.

The Daytime Emmys dates were part of a slew of announcements made on Tuesday morning by NATAS, which also revealed Lifetime Achievement Awards for PBS’ “This Old House,” soap opera icon John Aniston (“Days of Our Lives”), documentarian Sir David Attenborough, “Reading Rainbow” host LeVar Burton and journalist Judy Woodruff. Also, sports journalist Lesley Visser and tech entrepreneur Yvette Kanouff, who were originally slated to receive a Lifetime Achievement Award in 2020 until the COVID-19 pandemic put a stop to it, will finally receive their honors this year.

NATAS also provided more details on the launch of the Children’s & Family Emmy Award competition and ceremony, which was previously announced as part of a plan to organize the Daytime and Primetime Emmys by content genre, instead of program airtime. That included moving all children’s categories out of both events and into its own new ceremony (the first new Emmy show since 1979).

“We look forward to honoring this year’s unparalleled class of Lifetime Achievement honorees — each an icon in their craft — and couldn’t be more excited to award the first-ever Children’s & Family Emmys,” said Adam Sharp, president & CEO of NATAS. “After two years of virtual ceremonies, we’re overjoyed to once again be together, in-person, to celebrate the best of television.”

The 2022 NATAS awards calendar kicked off on Monday night in Las Vegas, during the NAB convention, with the 73rd Annual Technology & Engineering Emmy Awards. It was there that Kanouff, currently a partner at JC2 Ventures, received her award.

The 43rd Annual Sports Emmy Awards takes place on Tuesday, May 24, at Jazz at Lincoln Center’s Frederick P. Rose Hall in New York, where Visser will be recognized for her career.

On June 18, the 49th Annual Daytime Creative Arts & Lifestyle Emmy Awards takes place at the Pasadena Convention Center; it’s there that pioneering home renovation series “This Old House” will receive its Lifetime Achievement Award. The show, which first premiered in 1979, is in its 43rd season and has produced spin-offs such as “The New Yankee Workshop” and “Ask This Old House.”

Then there’s the 49th Annual Daytime Emmy Awards on June 24 at the Pasadena Civic Auditorium, where Aniston, a regular on the “Days of Our Lives” for more than 35 years as Victor Kiriakis, will receive his Lifetime Achievement Award. The event airs at 9 p.m. ET on CBS; it will be available on Paramount+ for subscribers whose premium accounts include local CBS channels. Otherwise, all Paramount+ users will be able to watch the show on demand starting the next day.

Later in the fall, after the Los Angeles-based Television Academy wraps its Primetime Emmy season, NATAS returns with the 43rd Annual News & Documentary Emmy Awards, split into to sides. News categories are awarded on Wednesday, September 28, while documentary awards are handed out on Thursday, September 29. Both events are held at Palladium Times Square in New York.

On the news night, Woodruff, the anchor and managing editor of the PBS NewsHour, will be recognized for her career working at NBC, CNN and PBS. And on the doc side, Attenborough will be honored for his work, spanning more than 60 years, as one of the world’s leading natural history filmmakers.

The year wraps on Dec. 11 with the 1st Annual Children’s & Family Emmy Awards, held at the Wilshire Ebell Theater in Los Angeles. It’s there that Burton will be recognized for his work inspiring generations of children to experience the joy of reading.