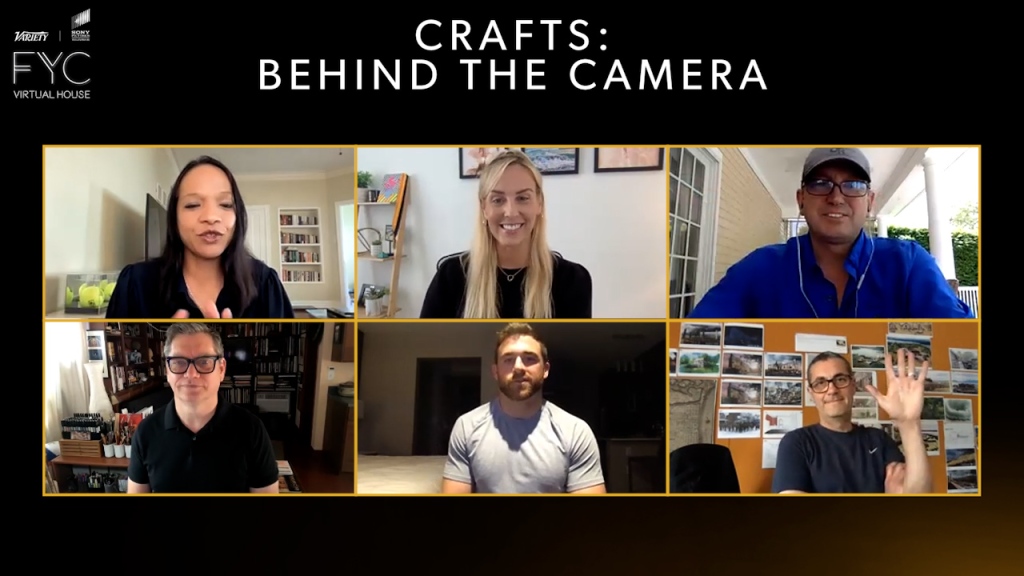 “Cobra Kai” stunt coordinator Ken Barefield has been on the show since day one. But to pull off the movie-style stunts, he doesn’t have the luxury of time. Barefield says, “TV time is a blink of an eye. I would have these kids come in from set when they’re in their wardrobe on a day with no stunts, coming into the dojo, training in their cast wardrobe and getting all sweaty and then going back and forth.”

The “Crafts: Behind the Camera” panel was presented as part of Variety and Sony Picture Television’s Virtual FYC House. It also included Stephan Olson, production designer on “Live in Front of a Studio Audience”; Mike Gunn, production designer on “Outlander”; Mindy Zemrak, the casting director on “Shark Tank” and Cort Hessler, stunt coordinator on “The Blacklist.” Moderated by Variety’s senior artisans editor Jazz Tangcay, the group of artisans discussed their processes when it comes to quick TV turnarounds.

“We have time restrictions being in TV, and that’s the thing that’s evolved through this whole industry as far as our category of work,” Hessler, who has received 11 Emmy nominations, said. “TV has become more prevalent with the streaming and network and non-network shows and stuff that they want feature action sequences, but on TV time. The time hasn’t changed, but what they expect from us has. So, we work close closely with our visual effects teams and our special effects teams also to create these movie-type action sequences and produce them weekly on TV.”

As for “Shark Tank,” when it comes to casting, Zemrak receives 20,000-plus applicants from would-be entrepreneurs each season.

In breaking through the noise, Zemrak and her team seek to find the best products and entrepreneurs to put in front of the sharks. She says, “We look at different types of companies that come through, what kind of stage they’re at, how much funding they’ve done, what their backstory is. Because the entrepreneurs that come on our show, it’s 50% about their business or product and 50% about how they came up with it.”

Olsen was aware of the nostalgia factor for “Live in Front of a Studio Audience,” but recreating the renowned sets for the special proved to be a true challenge. “’Diff’rent Strokes’ was done in 1978. It’s difficult to find any drawings to recreate. So, you do a lot of screen grabbing,” Olsen said. “You go through episodes and you screengrab all the details. What you want to try to do is capture not just exactly what it was maybe for that episode, but what you remember it being.”

“Outlander” production designer Gunn was new to the game this season for the fan-favorite show, and had to adjust to the speed of the set. “We had eight episodes, and in those eight episodes, we had 102 sets,” Gunn explained. “We had a 96-day shooting period and we’ve got 102 sets. So, we’re doing more than one set per day.”

Watch the full panel discussion above.