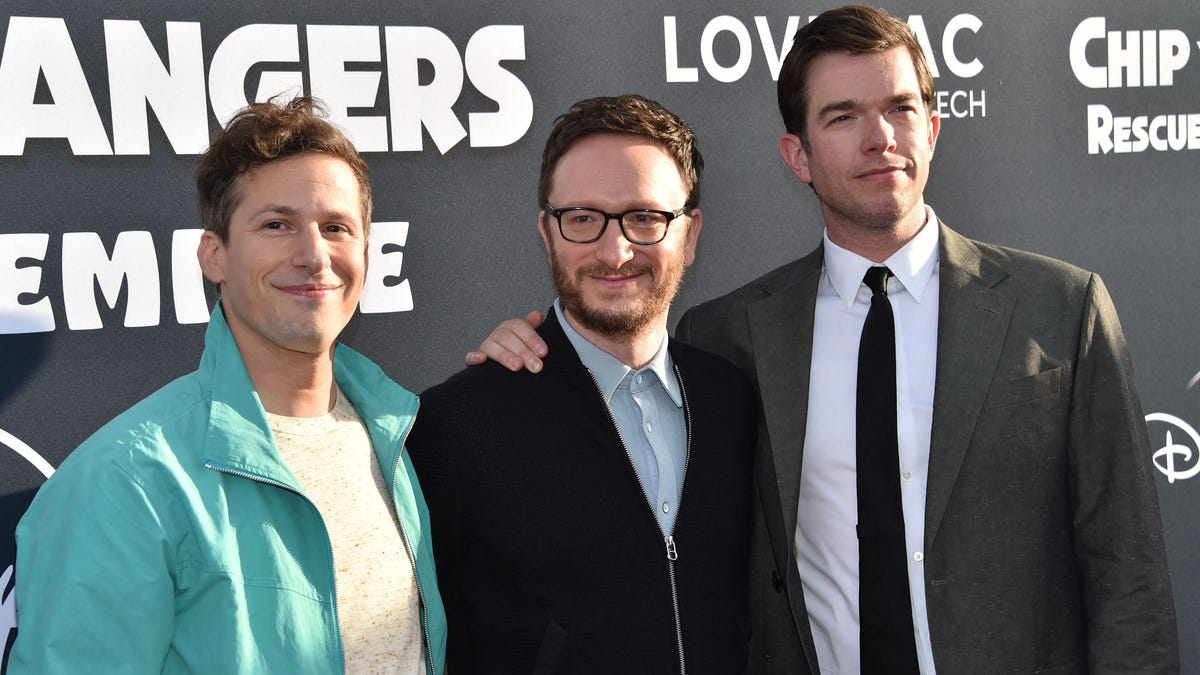 After helming both music videos (“I’m On A Boat”) and feature films (Popstar: Never Stop Never Stopping) built around simple jokes, it’s no surprise that Disney chose The Lonely Island alum Akiva Schaffer to helm Chip ’N Dale: Rescue Rangers (streaming on Disney+ May 20), a reboot of the detective-buddy-comedy with an absurdly high jokes-per-minute ratio. Over 30 years after the beloved cartoon’s halcyon days on Disney Afternoon, this follow-up finds the two chipmunks navigating a live-action Hollywood populated by animated stars—think Who Framed Roger Rabbit with meta-commentary on today’s reboots-and-sequels craze.

As has-been stars rubbing shoulders with similarly niche animated characters, Chip and Dale (voiced by John Mulaney and Andy Samberg, respectively) allow Shaffer and co-writers Dan Gregor and Doug Mand to pack in countless visual gags and references (minutes in, for example, Paula Abdul reunites with “Opposites Attract” co-star MC Skat Kat). So The A.V. Club had to ask Schaffer for the niche pop culture that gets him excited as both a storyteller and fan—which, perhaps unsurprisingly for a Disney director, has plenty of overlap with being a parent. Plus, he reveals the rules behind those blink-and-you’ll-miss-it jokes.

The A.V. Club: This movie made me laugh and I can’t wait to ask you about it.

Akiva Schaffer: Oh, good. I’m very happy to hear that. I mean, after working on something for two and a half years, today [is] the first time I’m talking to anybody who’s seen it. Because it’s been a pandemic, nobody’s seen anything, it’s nice to finally talk to people about it.

AVC: I want to ask about short-form versus long-form storytelling, because I feel like your background is in feature films, of course, but also music videos or sketch comedy videos that are based on one concept. How did you calibrate those two modes of storytelling for Chip ’N Dale: Rescue Rangers, with all its pop-culture-specific jokes and visual gags?

AS: That’s an interesting craft question. I don’t know that I ever think of it in those terms, but obviously there are very different rules for a sketch or a music video than there are in a feature. I would say as an audience member, as a fan, I watch features all the time, like above watching TV shows and above watching sketch shows. There’s a reason this movie feels a little bit like Lethal Weapon or any other ’90s [property]; Bad Boys II, Lethal Weapon 2, 21 Jump Street, we’re referencing those touchstones. But that genre of, like, ’90s detective film, or—I’m a sucker for a great courtroom drama, you know? A John Grisham courtroom drama. Or just a good sports movie. So when I’m looking at something like this, more than thinking about, like, “How is this different from one of my music videos or a sketch?” I’m more trying to lean into that. And then the balance is, though, trying to get the amount of jokes that we’re trying to jam into something like this, into one of those genres that are traditionally a lot less joke-heavy. Like, I think you could watch a Lethal Weapon and not really find it funny at all, you know? Same with the Bad Boys; they’re humorous but certainly the comedy is second to action in those. So, yeah, trying to get that level of sketch comedy into something like this is always the balancing act.

Save $650
Aside from being massive and having 4K and UHD, it also comes Alexa built-in to allow for easier control, has low latency if you’re a gamer (and even if you’re not), and has a 480 Motion Rate Panel for smooth as butter movement too.

AVC: Where did you draw inspiration from for this film’s blink-and-you’ll-miss-it throwaway gags? There are so many visual jokes in this: a movie called “Lego Misérables,” E.T. is fighting Batman—at one point there are cops that are donuts, right?

AS: Yes. Although that one, that’s one of my only guilty laughs in the whole thing. All the references in the movie, we kind of followed the rule we had with Popstar, which is: Don’t put in a cameo unless it’s forwarding the story or putting a button on a really good laugh. Because sometimes we would do these interviews with some famous pop star, they would give a great interview, but there was nowhere really that it fit. But we’d be like, “But we did an interview with Ed Sheeran. We’ve got to get Ed Sheeran in the movie.” But, like, it’s our fault for not asking the right questions, so we didn’t get the nugget we needed for the movie. [Our rule] was, if you just put it in for the sake of the audience that’s fans of Ed Sheeran to go, “Ah! Ed Sheeran!” Then that can’t be enough.

And that kind of applies to this too. The references can’t be for the point of a reference. It can’t be cutting to somebody from some other old cartoon for no reason, going, “Hey, I’ve got something to say too,” you know? It has to be forwarding the story or a really good joke that has a point or that’s making some meta thing. So it’s funny because those cops that are donut cops are from Wreck-It Ralph. They are in one of the video games, it is called “Sugar Rush.” And so little kids watching the movie, they get it. But then a lot of adults are like, Haha, you made the cops donuts. And then I feel like a thief because that’s not my joke. That’s Ralph’s joke. And that is actually the only one.

I’d be curious—I mean, I’m sure someone at The A.V. Club will point out where else that happens. But as far as I know, I was really trying to be careful never to get somebody else’s laugh that was built into what they had done. Like, don’t have Baby Herman from Roger Rabbit doing his bit as Baby Herman so you’re just getting Baby Herman’s laughs. Because that’s their bit, you know what I mean? So I tried to be really careful. [The donuts cops]—I think, in my defense, I overestimated how well people know that detail of Wreck-It Ralph, because to me, as a father of a nine-year-old and 11-year-old, I was like, “Oh, of course, those are great cops, get them in there!” And then there’s people like yourself that probably don’t have kids who go, “Oh, that’s funny, donut cops!” And think it’s my joke. And then I have guilt.

AVC: Wow, way to call out my childlessness. Speaking of kid humor versus adult humor, this is a PG-rated Disney movie—were you thinking about balancing that?

AS: The rating, certainly. You know, we didn’t have any problem with that, it’s not like I was putting in PG-13 or R-rated stuff and having to take it out or anything. And because I do have a nine-year-old and an 11-year-old, I’m really much more cognizant of not wanting to scare them or confuse them too much. But I’m also really cognizant of watching some of the stuff that they watch and being really bored as an adult. And so there is this balance, which the Pixar movies do so beautifully, and the Disney animation movies, of trying to appeal to kids and adults at the same time and play on multiple levels. So ideally, the goal—time will tell if we succeeded, or how well—is that these guys inherently are kid-friendly, they’re two cute little chipmunks, and the story is not complex…so hopefully a five-year-old or six-year-old can enjoy it on a very basic, story level. And then for an adult, hopefully they’re enjoying a completely other thing that’s happening on top of it.

AVC: All the references to lost Hollywood or animation gems in Chip ’N Dale got me thinking: Do you have a favorite niche, or even underrated, work of yours? A song or video or anything that you think deserves more consideration?

AS: I feel like I have a good answer for this that I’m blanking on. Like a music video of ours where we were like, “That’s our best one, and no one cares.” I mean, we brought up “Jack Sparrow” the other day, which certainly was successful, so it doesn’t fit that thing. But it is one of the rare examples of me feeling just proud of it, because it’s one of my favorites and it’s one of people’s favorites. And I go, Hey, that actually worked out this time! Whereas I feel like sometimes that’s not the case, like you’re saying. And so that is a really rare, good one. There’s a short we did that wasn’t on any of our albums called “Great Day” that I thought was pretty good; it was well liked, but wasn’t on [an] album.

We did that Bash Brothers thing [The Unauthorized Bash Brothers Experience] a few years ago that we purposefully did kind of quietly, just because that was the mood we were in. And it was so niche and weird that we were like, All right, this isn’t for everybody, let’s not make a big deal about it. We really made it for us and it’s a goof and we put it up on Netflix, we surprise-dropped it. But then in hindsight, I was really proud of it and I was like, Oh, maybe we should have promoted it more.

AVC: What else is ripe for a reboot or a refresh? Or if there were a convention like the animation fan convention depicted in this film, is there a booth or a character that you’d be really excited about?

AS: Oh, I mean, once you get into The Disney Afternoon, you relook at who was there and there’s stuff you’ve forgotten about and you go, Oh, right, I really like that! I’m very excited to see what Seth [Rogen] and Evan [Goldberg] are doing with Darkwing Duck. I don’t have any insight into that, I have no inside information. But I know that’ll be exciting. And of course, Stan from Dog With A Blog. Stan was the dog in the Disney Channel show Dog With A Blog. He had a blog. He was a dog. He could speak. I know my kids would be very excited to see Stan come back. So there you go.

You Can Shop ASOS In-Person at Nordstrom Starting Today 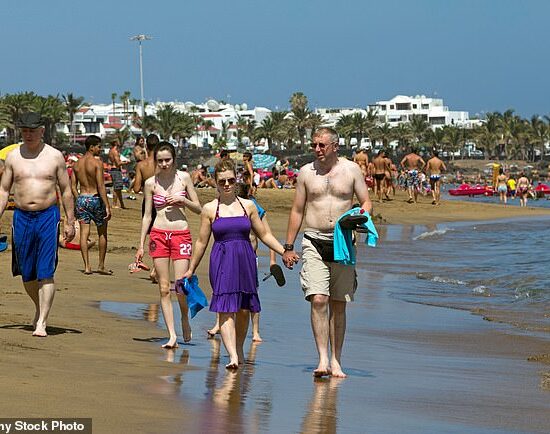 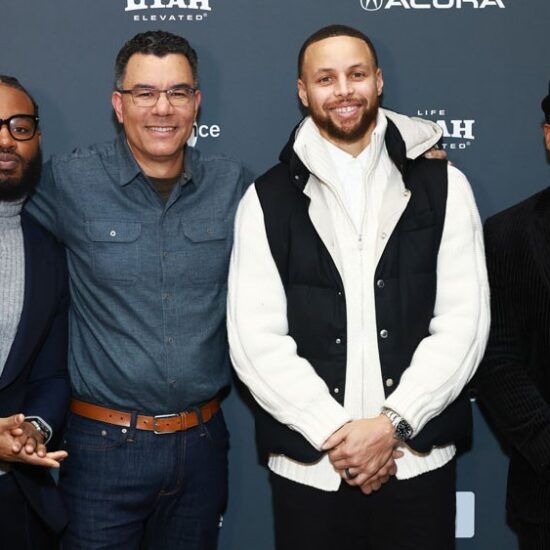 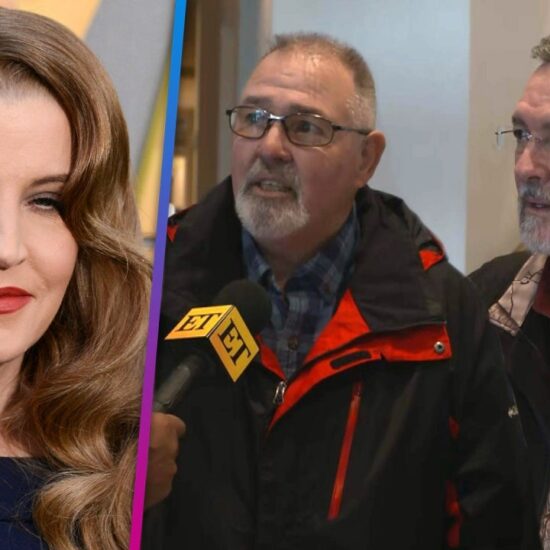 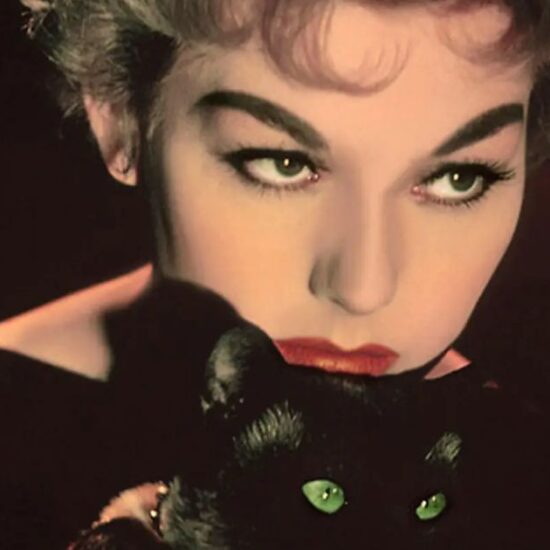