Discovery+ revealed on Wednesday that the streamer has purchased Unprecedented, documentary filmmaker Alex Holder’s three-part series on former president Donald Trump’s re-election campaign that has gained the attention of the House Select Committee investigating the Jan. 6 riot at the U.S. Capitol.

“Alex Holder’s Unprecedented three-part docuseries about the 2020 election will be released on discovery+ later this summer,” a Discovery+ spokesperson said in a statement to The Hollywood Reporter on Wednesday. The streamer touts that the series features “never-before-seen footage of the Trump family on the campaign trail and their reactions to the outcome of the election” and offers “intimate and unprecedented interviews with Trump, his family and others who were in the White House.” No release date was provided.

Discovery+ originally purchased rights to the docuseries in 2021. Deadline was the first to report the news.

After announcing on Tuesday that raw footage from the docuseries had been subpoenaed by the House Select Committee, Holder himself is set to testify before the committee investigating the attack on Thursday. In the press release accompanying his announcement, Holder said the footage of interest related to the last six weeks of Donald Trump’s 2020 re-election campaign, while a subpoena procured by Politico shows Holder was asked to hand over raw footage from Jan. 6, interviews from Sept. 2020 to the present with Donald Trump, former Vice President Mike Pence, Donald Trump Jr., Ivanka Trump, Eric Trump and Jared Kushner and footage “pertaining to discussions of election fraud or election integrity surrounding the November 2020 presidential election.”

“When we began this project in September 2020, we could have never predicted that our work would one day be subponaed by Congress,” Holder said in a statement. “As a British filmmaker, I had no agenda coming into this. We simply wanted to better understand who the Trumps were and what motivated them to hold onto power so desperately. We have dutifully handed over all the materials the Committee has asked for and we are fully cooperating.”

The press release added that following the sale of his footage, Holder did not have the ability to “release the material or publicly discuss the project” and that he held “full editorial control” over the series.

On Tuesday, The New York Times reported that the docuseries footage includes a Dec. 10, 2020, interview with Ivanka Trump where the former president’s daughter states that Donald Trump should “continue to fight until every legal remedy is exhausted” due to questions around “the sanctity of our elections.” That’s a different argument than Ivanka Trump made in her recent video deposition with the House Select Committee, where she said she “accepted” then-Attorney General William Barr’s belief that claims of election fraud were unfounded.

This month’s Jan. 6 Select Committee hearings are set to conclude on Thursday and pick back up again in July, after Congress’ recess for July 4. On Wednesday, NPR reported that a committee aide said “The Select Committee continues to receive additional evidence relevant to our investigation into the violence of January 6th and its causes,” including raw footage from Unprecedented.

Holder was just one of three documentarians currently known to have shot footage during the Jan. 6 riot. British filmmaker Nick Quested, who was in the midst of shooting a documentary about the Proud Boys on Jan. 6, testified before the House committee earlier this month. The Washington Post reported that filmmaker Alex Lee Moyer was also present during the attack on the Capitol while making a film about radio host and conspiracy theorist Alex Jones; her film, Alex’s War, is set to release July 29.

2022-23 TV Scorecard: Which Shows Are Canceled? Which Are Renewed?

Who Is Madison Johnson? Facts About ‘The Bachelor’ Contestant – Hollywood Life 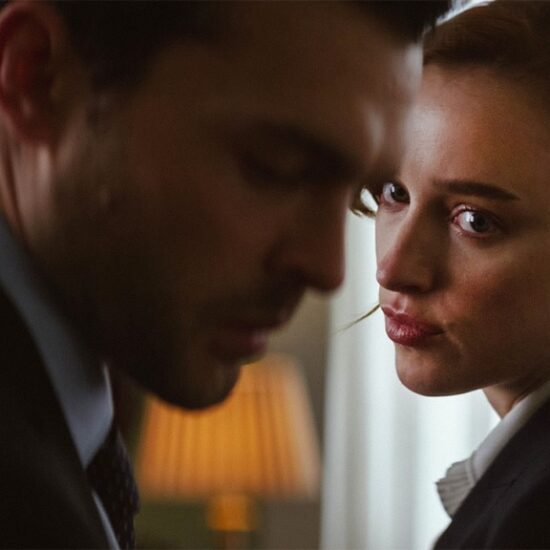